Czechs Watch More Television Than Ever Before Due To Pandemic 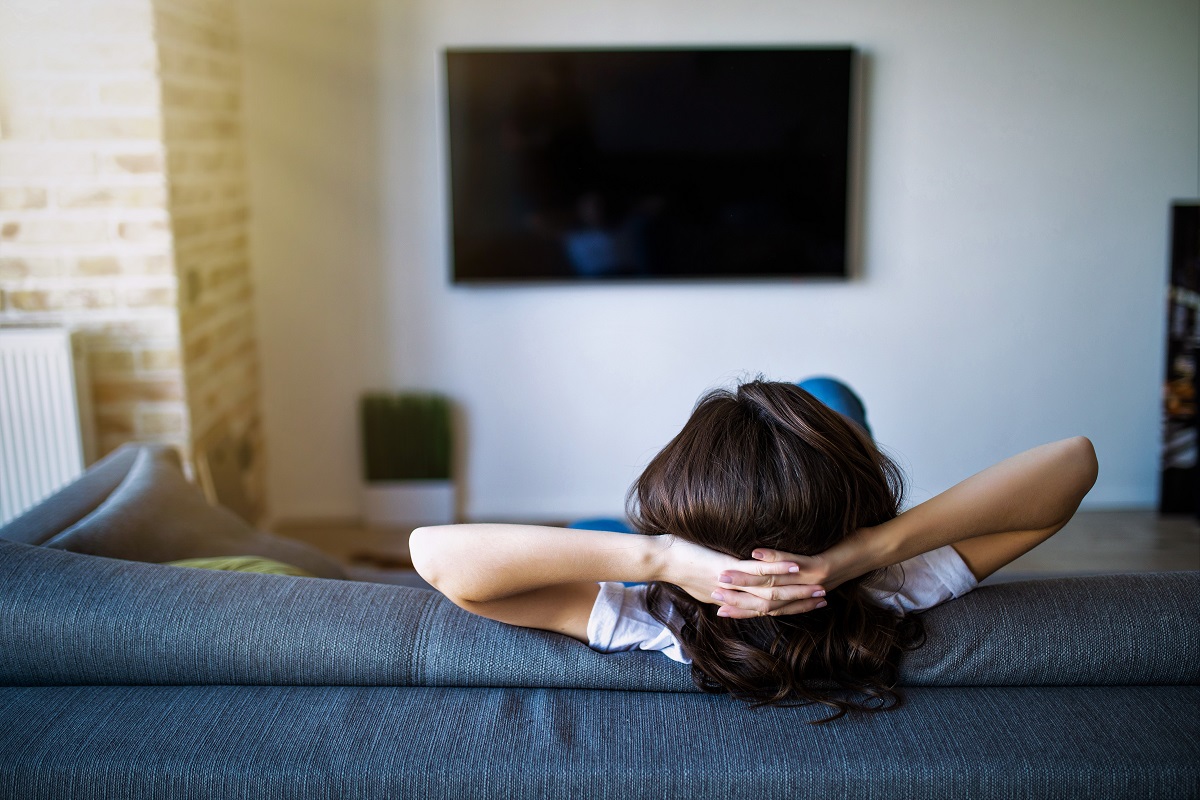 As a result of the Covid-19 epidemic, Czechs have been spending more time than ever before watching television this year. October saw the highest viewership since 1997. Audiences among children have seen the most significant transformation, with a 44% increase this Spring. Photo credit: Freepik / Stock photo.

Brno, Nov 26 (BD) – Statistics from the Association of Television Organizations (ATO) and the digital platform, Internet TV Kuki, reveal that Czechs have been spending a lot more time watching television this spring and autumn, as a result of the epidemiological situation.

According to research from ATO, Czechs older than 15 watched television for an average of 4 hours and 18 minutes per day in October, 35 minutes more than the October average for the past three years. October recorded the highest level of viewership since the Peoplemeter began in 1997.

“This is undoubtedly due to the coronavirus pandemic, which on the one hand closes us to a greater extent in our homes, where television is often our natural companion, and on the other hand arouses a great hunger for information. And television, especially in times of crisis, presents a lot of that,” said Tereza Šimečková, Chairwoman of the Board of Directors of Nielsen Admosphere.

The statistics reported by ATO are derived from a project implemented by the research agency Nielsen Admosphere on behalf of the organisation. The audience data is based on the Cross-Platform Electronic Audience Measurement and Content Consumption Measurement (PCEM) Project. This project includes a representative sample of 1,900 households owning television sets, which equates to 4,450 individuals.

According to statistics from another source, Internet TV Kuki, the numbers hold true for the digital platform. In the first month of spring, Kuki viewers spent an average of 4 hours and 50 minutes watching TV everyday. In autumn, they have spent on average 45 minutes more per day than before the night curfew was imposed. Children’s channels are the most popular.

“Czechs spent the first week of October watching an average of 3 hours and 45 minutes a day watching Kuki, while the last week, which was affected by the night curfew, was 4 hours and 24 minutes, an increase of 17%,” comments Lukáš Pazourek, Marketing Director of Kuki.

Childrens’ channels saw the most growth, ČT Déčko in particular. In the past, viewership would peak at around 7am in the morning when children were having breakfast before school, now the peak viewing time starts at 9am due to distance learning.

Kuki TV made dozens of children’s programmes free of charge this autumn and similar projects are being developed for the Christmas season to make life during the pandemic easier for children and parents.

https://www.brnodaily.com/2020/11/26/lifestyle/czechs-watch-more-television-than-ever-before-due-to-pandemic/https://www.brnodaily.com/wp-content/uploads/2020/11/watching-tv-home-credit-freepik-1024x683.jpghttps://www.brnodaily.com/wp-content/uploads/2020/11/watching-tv-home-credit-freepik-150x100.jpg2020-11-26T12:40:17+01:00Kim BingelBD MagazineCzech Republic / WorldCzech Republic,Family and Kids,Lifestyle and FashionAs a result of the Covid-19 epidemic, Czechs have been spending more time than ever before watching television this year. October saw the highest viewership since 1997. Audiences among children have seen the most significant transformation, with a 44% increase this Spring. Photo credit: Freepik / Stock photo.Brno,...Kim BingelKim Bingelkjbingel@gmail.comAuthorSouth African in Brno. Independent international traveller. Enjoys nature and a sustainable lifestyle.Brno Daily