Home » BD Magazine » Column » Events in Brno » You are reading » 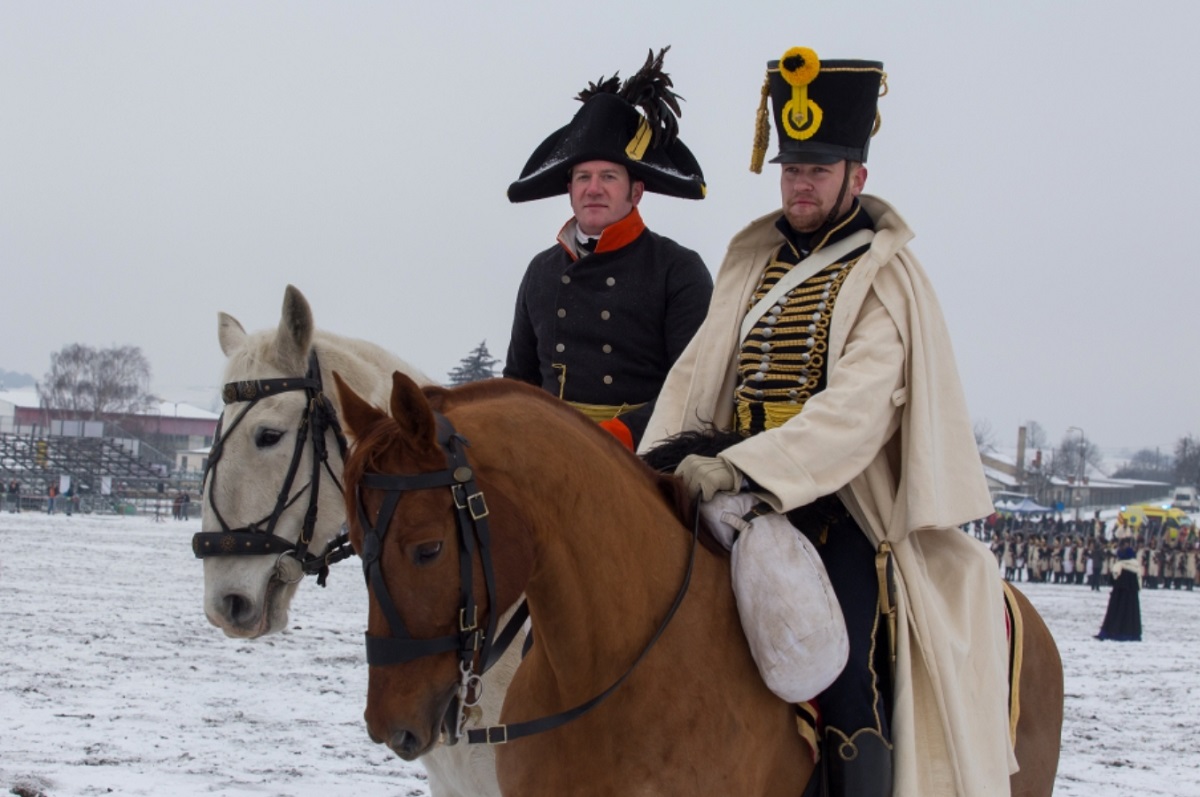 There are few people as knowledgeable about Brno as co-founder of the Brno Expat Centre and longtime Masaryk University academic Don Sparling. He is a community leader and a cultural treasure who has burnished the quality of local life, particularly for expats, for decades. He is diplomatic, instructive and always interesting.

For several years, Sparling has shared his knowledge of Brno through his well-researched “Don’s Walk” series, exploring themes like Brno’s Ghost City, Musical Brno, Špilberk, Brno and God, and Brno: Then and Now 1989/2019. This year, given the coronavirus pandemic, the walks have turned into armchair presentations that, like many things, have moved online.

On Wednesday, Sparling will host an online presentation about the Battle of Austerlitz. The event is free and it will take place on Dec. 2 — the 215th anniversary of the battle — at 5 p.m.

If you have never attended one of the annual battle reenactments, this is your chance to learn more about the historically significant event from the comfort of your own home.

It is rare for a location to have multiple historically important military events to celebrate; yet, Brno, a modest-sized city to be sure, has two: The Swedish Seige of 1645 and the Battle of Austerlitz in 1805. Both happen to land on “round” anniversaries: this summer was 375 years since the city withstood the Swedish army, and on Dec. 2 it will have been 215 years since Napoleon and the Grande Armée of France defeated the Russian army of Emperor Alexander I and the Austrian army of Holy Roman Emperor Francis II and ended the War of the Third Coalition.

Sparling will touch on many aspects of what, in Czech, is called Bitva tří císařů, or the Battle of the Three Emperors, including why the French army came to Brno, what Napoleon did while in town, the battle itself (which is considered a tactical masterpiece by many historians), and what the city must have been like when full of wounded and dying soldiers.

“There are a lot of wider implications than just the battle itself,” Sparling said. “I’ll also talk about how the battle has continued to be part of the mythology of Brno. I want to touch on its afterlife in terms of literature and culture. There are so many connections. I have a hypothetical link to Fred Astaire. There is a whole lot in Paris, including the Austerlitz Train Station. There is a bizarre pyramid in the Netherlands. And many other odd things by which the battle is commemorated. There is a lot within folklore, and Moravian folk songs.”

The battlefield itself is about a dozen kilometers southeast of Brno, between the villages of Tvarožná and Prace. But there are many other local places that are of interest. Emperor Napoleon, I marked his first year as the supreme leader of the French Empire here in Brno. There will also be examples of plaques, graves, family names, an obelisk, a column, re-enactments and, most recently, parades and balls.

Sparling has always been a student of history. He was born in Ottawa, Canada, studied English and literature at the University of Toronto and Oxford and travelled to Czechoslovakia a few weeks before August 21, 1968, when Warsaw Pact armies rolled through the country. In March 1969 he returned to the Brno State Language School as a lecturer to observe the aftermath of the Prague Spring. He eventually joined Masaryk University and the Department of English and later founded and led the Center for Foreign Studies.

His walks — and his armchair presentations — are chock full of historical nuggets that are especially hard for non-locals (read: non-Czech readers) to uncover.

“I am a Brno history fanatic,” he said. “I have dozens of books at home that I dip into a lot. Sometimes I have to borrow books from the library. A lot of the stuff you can get online, but the problem is that when you find something you still have go and confirm it. Virtually all of it is in Czech. There is so little about Brno in English. That makes sense but it’s too bad.”

Too bad, that is, unless you have knowledgeable tour guide.

There are several related events that will take place today in order to maintain the annual tradition, including the “Sun of Austerlitz” on Žuráň hill at 7:30 a.m.; an official proclamation by Napoleon (i.e., American historical actor Mark Schneider) in Tvarožná at 8:30 a.m.; the march through the Austerlitz battlefield, starting at Tvarožná at 9 a.m. and continuing through Blažovice, Staré Vinohrady and Prace to its conclusion at the Peace Monument at 3:30 p.m.; and the Act of Piety at the Peace Monument at 4 p.m. — which is about the same time that the battle ended on Dec. 2, 1805.

All of the events will follow the existing government regulations against the spread of the coronavirus, and all are subject to change.

The events will also be available online at https://www.1805.cz/ and https://www.facebook.com/bitvauslavkova.

Click here to read an interview with Mark Schneider: “Br(u)no: Talking to Napoleon”.

https://www.brnodaily.com/2020/11/28/events-in-brno/bruno-when-napoleon-came-to-brno/https://www.brnodaily.com/wp-content/uploads/2020/11/Battle-of-Austerlitz-2018-credit-Jaroslav-Svanda-1024x680.jpghttps://www.brnodaily.com/wp-content/uploads/2020/11/Battle-of-Austerlitz-2018-credit-Jaroslav-Svanda-150x100.jpg2020-11-28T07:45:01+01:00Bruno ZalubilBD MagazineColumnEvents in BrnoBrno,Brno Expats,Culture,English-friendly,Events in Brno,History213th anniversary of the Battle of Austerlitz - Austerlitz 2018. Photo credit: Jaroslav Švanda. There are few people as knowledgeable about Brno as co-founder of the Brno Expat Centre and longtime Masaryk University academic Don Sparling. He is a community leader and a cultural treasure who has burnished the quality...Bruno ZalubilBruno Zalubilbzalubil@hotmail.comAuthorA connoisseur of the unpredictable and unscripted drama of sports.Brno Daily

A connoisseur of the unpredictable and unscripted drama of sports.
View all posts by Bruno Zalubil →
« Possible Further Relaxation of Anti-Epidemic Measures to be Decided on Sunday
A Quarter of Czechs Report Feeling Dependent on Their Smartphones »