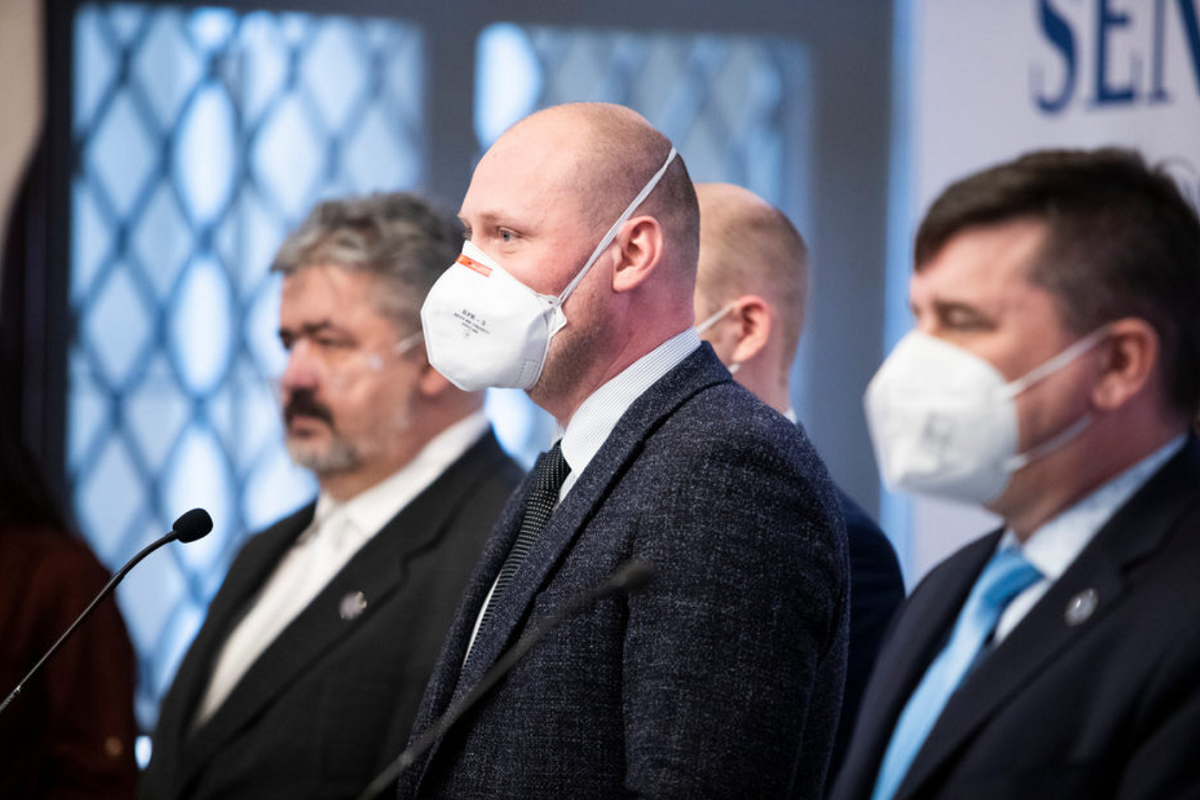 Following a complaint from more than 60 senators, the Constitutional Court has confirmed that the closure of retail stores in the Czech Republic is against the constitution. According to the judges, the government were not able to justify the reasoning behind specific measures and their exceptions. Photo Credit: Lukáš Wagenknecht via Senate.cz.

Czech Rep., Feb 22 (BD) – On Monday, the Constitutional Court in Brno ruled in favour of 63 senators who petitioned against the Czech government closure of retail sales and services. The measures applied from January 28th to February 14th, but the petition follows on from an appeal made by the senators in November.

According to the ruling: “The government opted for a blanket ban on all retail sales and the provision of in-store services, while granting a large number of exceptions, reminiscent of a ‘telephone directory’. However, the basic deficit of this procedure is the fact that it was not clear which relevant source was the basis of how the government came to this solution.”

The ruling emphasized the government’s responsibility not to make political decisions at will, but to substantiate any decision with rational justification based on expert recommendations and as much knowledge about coronavirus and how it spreads as possible.

The Constitutional Court did not question the legitimacy of the government’s intentions when implementing the ban, but whether the treatment of different establishments was reasonable and proportionate. The court also questioned whether the government could not have pursued its intentions in a way which did not infringe on the fundamental rights of individuals.

That is to say that while the measures were legitimate, the government did not sufficiently justify why some establishments were closed and others exempt. “The essence of the Constitutional Court’s ruling is the prohibition of arbitrariness,” said Tomáš Goláň (ODS), Chairman of the Senate Constitutional and Legal Committee.

The ruling added that even though the regulations were brought in during a state of emergency and not in ‘‘calm weather’’, it did not excuse the government from providing a formal explanation for the decisions. Some of the exceptions to retail restrictions were viewed as reasonable, such as the sale of medicine, food and fuel, but several others lacked a convincing explanation, such as the sale of arms, ammunition, or flowers, while shoe stores were closed.

Since the restrictions were first announced in March 2020, the government has had a lot of time to reflect on the measures and build a foundation for their reasoning. Taking this into account, the constitutional court felt it necessary to place higher demands on the justification of measures which interfere with fundamental rights.

“It is essential that the government be able to justify any measures rationally. Otherwise, they lack legitimacy,” said judge Vojtěch Šimíček, adding that the court had requested justification from the government twice.

As a result, the pandemic law is likely to be reconsidered by the Senate when it discusses the law on Wednesday. Amendments passed by the senate must be discussed by the Chamber of Deputies. There is therefore a possibility that the law will not be passed before the state of emergency ends.

Facebook Comments
https://www.brnodaily.com/2021/02/22/news/politics/government-closure-of-retail-stores-ruled-unconstitutional/https://www.brnodaily.com/wp-content/uploads/2021/02/lukas-wagenknecht-via-senate.cz_-1024x683.pnghttps://www.brnodaily.com/wp-content/uploads/2021/02/lukas-wagenknecht-via-senate.cz_-150x100.png2021-02-22T17:27:09+01:00Kim BingelCzech Republic / WorldPoliticsBusiness,Coronavirus,Czech Republic,News,PoliticsFollowing a complaint from more than 60 senators, the Constitutional Court has confirmed that the closure of retail stores in the Czech Republic is against the constitution. According to the judges, the government were not able to justify the reasoning behind specific measures and their exceptions. Photo Credit: Lukáš...Kim BingelKim Bingelkjbingel@gmail.comAuthorSouth African in Brno. Independent international traveller. Enjoys nature and a sustainable lifestyle.Brno Daily

South African in Brno. Independent international traveller. Enjoys nature and a sustainable lifestyle.
View all posts by Kim Bingel →
« In Photos: Cottage Engulfed in Flames in Brno-Bystrc
Respirators Mandatory In Shops and On Public Transport From Thursday »