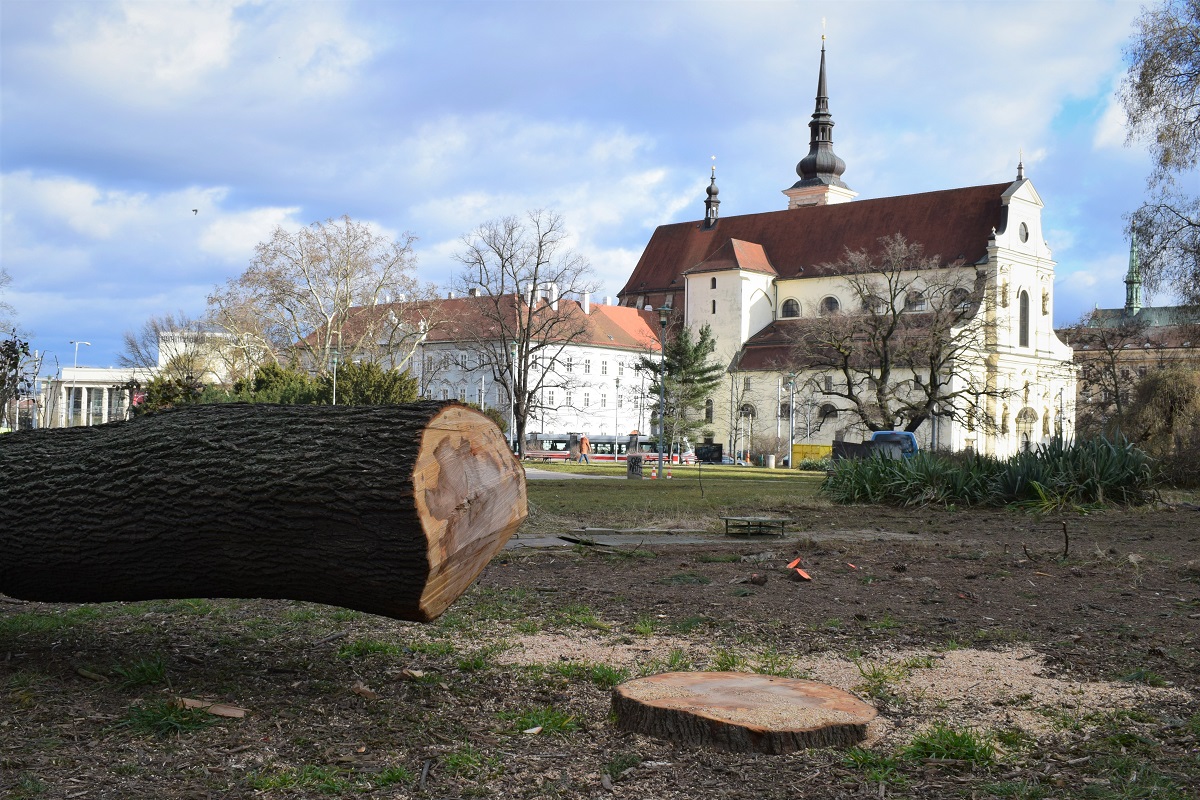 More square and less park will be the final result of planned reconstruction on Brno’s Moravské Náměstí. On Tuesday, a number of trees were cut down in preparation for the reconstruction which could begin this year. The new design will include space for a water park in the summer, an ice rink in winter and a café. Photo Credit: KB / BD.

Brno, Mar 17 (BD) – Moravské náměstí is a significant thoroughfare for pedestrians and also connects to public transport on Joštova and Česká. The reconstruction of the park is based on the winning design of a competition held by Brno-střed city district in 2016. Two dozen projects entered, from which the jury selected the design by Consequence forma architects.

The new design will feature an organic path layout, new benches, fountains, renewed greenery, a café with public toilets and a multifunctional area. The new design will respect the current values of the space, particularly the preservation of mature trees, and the café building will be built so that trees can pass through circular openings, which will also create a unique atmosphere.

Images: Visualisation of Moravské Náměstí after the reconstruction. Credit: MMB.

‘‘The oval area in the central part of the park should serve all possible activities. In summer, children can play among the fountains, exhibitions or theater performances can be held here, and at night there could be film screenings, concerts, or sports broadcasts. In the winter, we are counting on traditional Advent markets, an ice rink, in short, whatever will be needed,’’ explained Martin Sládek, who created the design.

The current area of urban greenery in the square is 19,271 m². The planned café building and terrace will cover an area of 666 m². In May last year, Brno city council approved an application by the Brno-střed district requesting an exemption from the general Greenery Regulations to accommodate the winning design. The City of Brno is an investor in the revitalisation of the park. “The modifications will help irrigate a significant part of the existing mature trees. In addition, a large number of new trees and flowerbeds will be planted,’’ explained the Mayor of Brno-střed, Vojtěch Mencl (ODS).

Before construction can begin on the square, archaeological research must be completed on the destroyed German House, the basement of which remains under the square. ‘‘Stability will be a key assessment for the safe restoration of the park,’’ said Mencl. The survey is scheduled to end in spring.

The German House stood on the square from the end of the 19th century until 1945 as the German counterpart to the Besední dům, which housed the first Czech theatre. ‘‘After the war, and especially after 1948, this place was dominated by a new ideology, which had a monument to the Red Army and later a sculpture of Communists as a sign of their final victory,’’ said Michal Doležel (TOP 09), a member of the South Moravian Assembly. The park is in need of revitalization as it has remained in its present form since the 1970s.

https://www.brnodaily.com/2021/03/17/brno/trees-cut-down-on-moravske-namesti-as-part-of-new-design-plans/https://www.brnodaily.com/wp-content/uploads/2021/03/moravske-namesti-tree-felling-cutting-credit-KB-BD-6-1024x683.jpghttps://www.brnodaily.com/wp-content/uploads/2021/03/moravske-namesti-tree-felling-cutting-credit-KB-BD-6-150x100.jpg2021-03-17T09:09:02+01:00Kim BingelBrnoNewsBrno,Construction,NewsMore square and less park will be the final result of planned reconstruction on Brno’s Moravské Náměstí. On Tuesday, a number of trees were cut down in preparation for the reconstruction which could begin this year. The new design will include space for a water park in the summer,...Kim BingelKim Bingelkjbingel@gmail.comAuthorSouth African in Brno. Independent international traveller. Enjoys nature and a sustainable lifestyle.Brno Daily 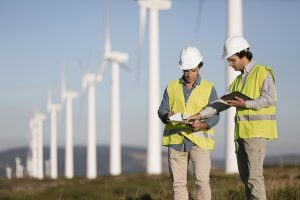