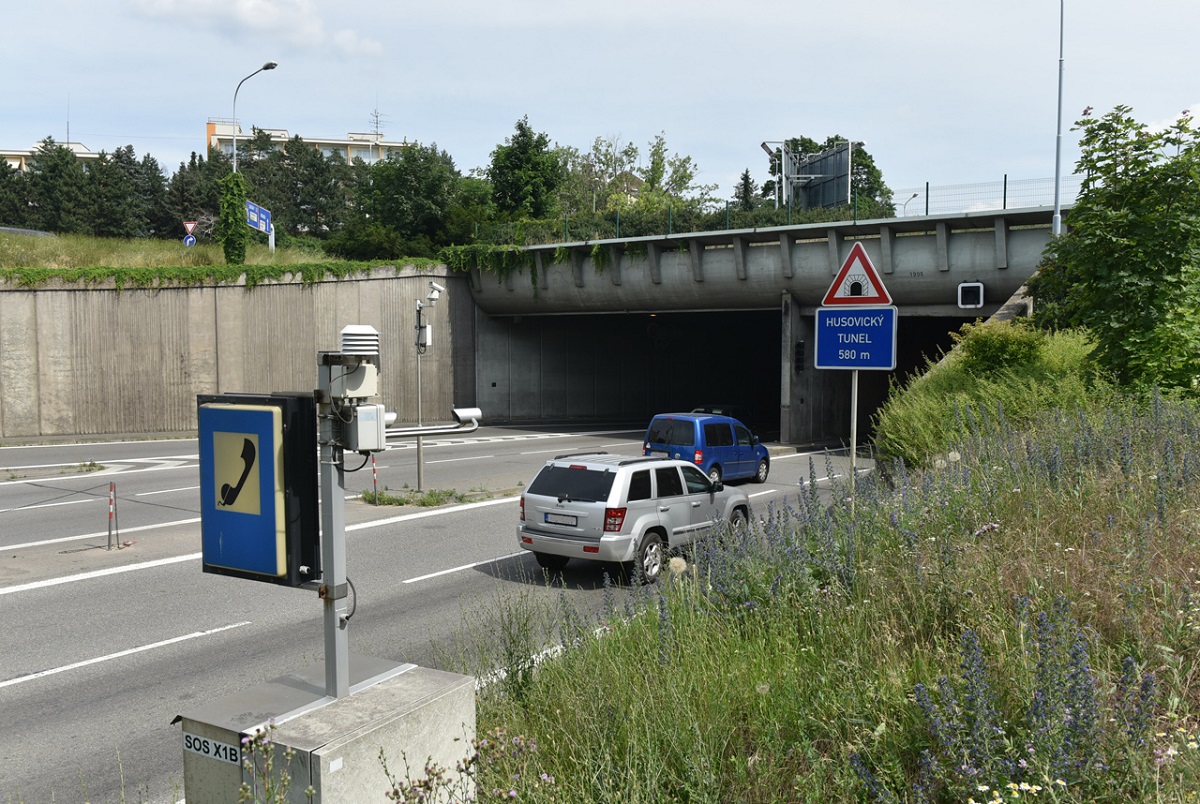 The introduction of speeding fines for Brno’s tunnels, which was proposed by Czech Police earlier this year, has been postponed following a meeting between the Mayor of Brno and the Director of the South Moravian Regional Police Directorate. However, the data obtained from the speed monitors will be used to improve traffic management. Photo: Husovický Tunnel. Credit: Zdeněk Kolařík / MMB.

Czech Rep., Apr 3 (BD) – At the beginning of March, the City of Brno learned that the Czech Police was planning on imposing speeding fines in Brno’s tunnels, and had requested access to the speed measurements collected by the Directorate of Roads and Motorways, which is responsible for the Husovický, Pisárecký and Královopolský Tunnels. However, according to the Mayor of Brno, Markéta Vaňková (ODS), the council does not agree with the plan.

“This is a topic that has been addressed repeatedly since 2019, and we have stated on several occasions that we do not agree with fining drivers. The number of traffic accidents here per year is in the single figures, from which it can be deduced that drivers drive safely. Another reason is that it doesn’t seem appropriate for us to fill the city budget with automated fines. That is why I initiated negotiations with the regional police director, Leoš Tržil,” said Vaňková.

Council Member for Transport Petr Kratochvil (ODS) agreed, noting the inappropriate time for such measures to be introduced: “It does not make sense to start speed measurements in the tunnel when work is due to start on Tomkovo Namesti later this year on construction of another, much needed section of the large city ring road, which will significantly complicate traffic in the area. There will already be a lot of traffic restrictions, not only in Husovice, but also in other places in Brno.”

However, according to Vaňková, the information from this equipment can be used in other useful ways: “For the time being, the information will be used on a pilot basis to evaluate driver behavior, including compliance with existing speed limits, traffic load, the optimal function of traffic lights and, if necessary, planning measures such as detours.”

Tržil, the regional police director, nonetheless cautioned against excessive speed: “Although the data will not be used primarily for fines, we will have very accurate information, and it should be noted that traffic regulations and markings still apply. This means that if drivers passing through the Brno tunnels do not follow the rules, we can proceed with sanctions.” he said. He noted that the system is still in verification mode: “The behaviour of a minority of drivers who commit offenses ultimately brings greater throughput and flow of traffic. Compliance is particularly desirable in tunnels, as accidents that occur here can have more serious consequences than in open spaces. They are more dangerous, especially in the event of a fire.”

The next meeting between the Directorate of Roads and Motorways and interested parties is scheduled for April.

https://www.brnodaily.com/2021/04/03/brno/decision-postponed-on-speeding-fines-in-brnos-tunnels/https://www.brnodaily.com/wp-content/uploads/2021/04/Brno-Husovicky-tunel-credit-Zdenek-Kolarik-MMB-1024x686.jpghttps://www.brnodaily.com/wp-content/uploads/2021/04/Brno-Husovicky-tunel-credit-Zdenek-Kolarik-MMB-150x101.jpg2021-04-03T11:14:20+02:00Jack StephensBrnoNewsBrno,Cars,News,TransportThe introduction of speeding fines for Brno’s tunnels, which was proposed by Czech Police earlier this year, has been postponed following a meeting between the Mayor of Brno and the Director of the South Moravian Regional Police Directorate. However, the data obtained from the speed monitors will be used...Jack Stephens jack.stephens50@gmail.comAuthorA writer and English teacher originally from London who has lived in Brno since 2011, interested in politics, low culture, and all things strange and/or Czech.Brno Daily

A writer and English teacher originally from London who has lived in Brno since 2011, interested in politics, low culture, and all things strange and/or Czech.
View all posts by Jack Stephens →
« RegioJet’s Direct Summer Train To Croatia Attracts Czech Vacationers
Abundance Of Visitors To Kamenný Vrch Damaging Unique Flowers »