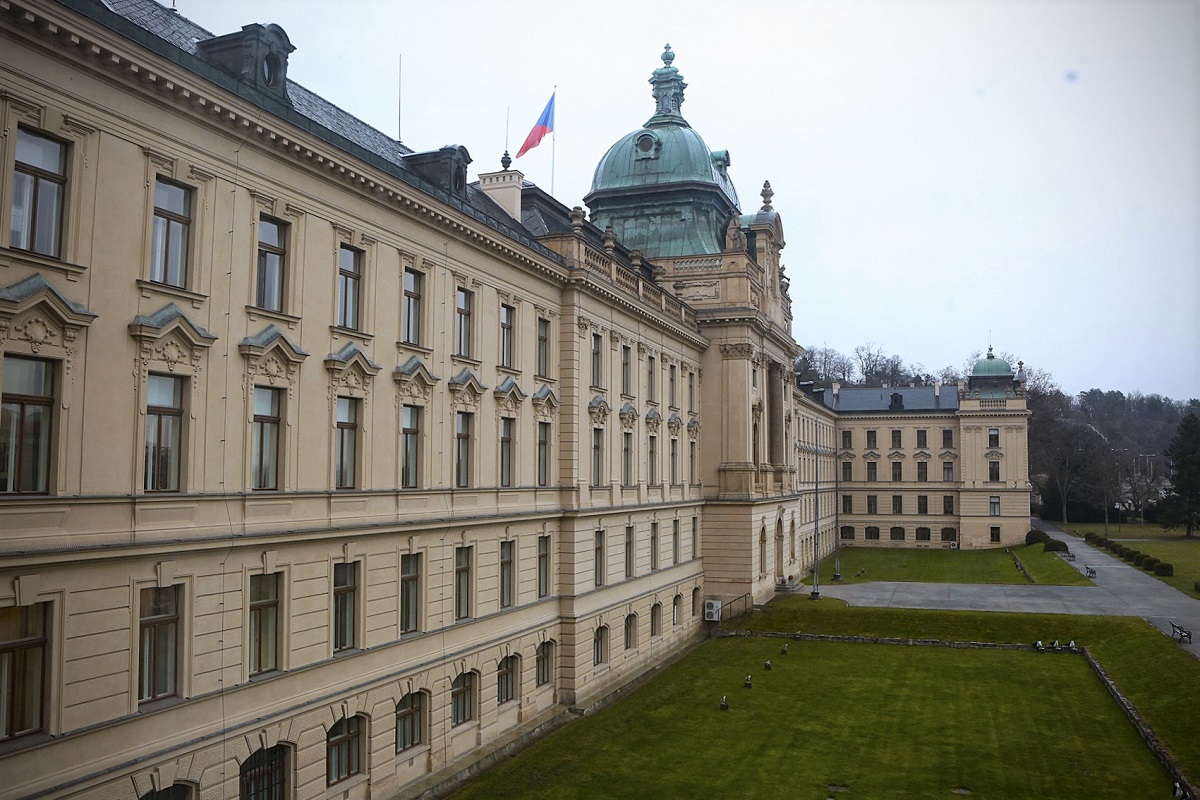 The ODS, TOP 09, and KDU-CSL will start collecting signatures to call an extraordinary meeting of the Chamber of Deputies, in order to lodge a motion of no confidence in the government of Andrej Babiš. Representatives from the so-called SPOLU (“Together”) coalition announced the plan at a press conference on Tuesday. President Miloš Zeman has already stated that he will allow Babiš’s cabinet to govern until the scheduled elections in October. Photo Credit: Vlada.cz.

Czech Rep., Apr 28 (BD) – Yesterday, Petr Fiala, leader of ODS and the SPOLU coalition, announced that the coalition would start collecting signatures for an extraordinary meeting of the Chamber of Deputies, in order to propose a motion of no confidence in the government of Andrej Babiš (ANO).

In mid-April, Fiala laid down an ultimatum, stating that if Babiš did not ask the Chamber of Deputies for a vote of confidence in his government within a week, they would start collecting signatures to force such a vote themselves. On Tuesday, Fiala confirmed that the coalition would go ahead with this plan.

Fiala argued that in a parliamentary democracy prime ministers should be removed from power when they lose the confidence of the parliament.

KDU-CSL leader Marian Jurečka, explaining SPOLU’s plan, said that at least 50 signatures are required to force a vote of no confidence, which must then be supported by an absolute majority of deputies, ie. at least 101 legislators.

In theory, the ANO/CSSD government lost its majority in the lower chamber two weeks ago, when the Communist Party withdrew its support. However, it is not certain that the Communists would vote in support of a motion of no confidence in the government. The party has long maintained that Babiš’s cabinet is closer to them than a government with Fiala at its head would be. However, SPOLU said that they want to vote only with the democratic opposition, meaning the coalition of the Pirates and STAN.

TOP 09 leader Markéta Pekarová Adamová said that the events of recent days – such as the European audit on the Prime Minister’s conflict of interests – add further reasons for no confidence in the government.

Differences within the opposition

Pirate Party leader Ivan Bartoš argues for a different approach. He said that there are currently three crises in the Czech Republic – coronavirus, diplomatic and constitutional, and that it would be send the wrong message if the government received a “red card” from the Chamber of Deputies just after it had decided to cut the number of diplomats at the Russian embassy in Prague due to the Vrbětice case.

The coalition of Pirates and STAN argue that instead the Chamber should be dissolved entirely, triggering new elections. However, Bartoš added that the condition for the dissolution of the Chamber of Deputies is that the Senate approves an amendment to the electoral law, which is thought necessary before new elections can take place. At least 120 deputies would be needed to dissolve the parliament and call early elections.

STAN leader Vít Rakušan also criticised the SPOLU plan. “The idea of ​​another government, whose formation will be influenced by Miloš Zeman, is absurd. We cannot afford this as a country. There is agreement among the opposition, we only differ in how to achieve the goal. We prefer a bold solution: the dissolution of the House”, wrote Rakušan on Twitter.

If the Chamber expressed no confidence in the government, President Zeman would probably either let the current cabinet continue as a caretaker government, as he indicated in a recent interview on Prima TV, or he would appoint someone else close to him to manage the government.

https://www.brnodaily.com/2021/04/28/news/politics/spolu-begins-collecting-signatures-for-motion-of-no-confidence-in-the-government/https://www.brnodaily.com/wp-content/uploads/2021/04/Government-building-Straka-Academy-credit-Vlada.cz_-1024x683.jpghttps://www.brnodaily.com/wp-content/uploads/2021/04/Government-building-Straka-Academy-credit-Vlada.cz_-150x100.jpg2021-04-28T13:41:42+02:00Benedetta PisaniCzech Republic / WorldPoliticsCzech Republic,PoliticsThe ODS, TOP 09, and KDU-CSL will start collecting signatures to call an extraordinary meeting of the Chamber of Deputies, in order to lodge a motion of no confidence in the government of Andrej Babiš. Representatives from the so-called SPOLU (“Together”) coalition announced the plan at a press conference...Benedetta PisaniBenedetta Pisanibenedetta.pisani@edu.unito.itAuthorHuman rights, equality, and sustainability activist. Passionate about writing, drawing, empathic listening, and social commitment.Brno Daily