“Million Moments” Protests To Be Held Across The Country Today 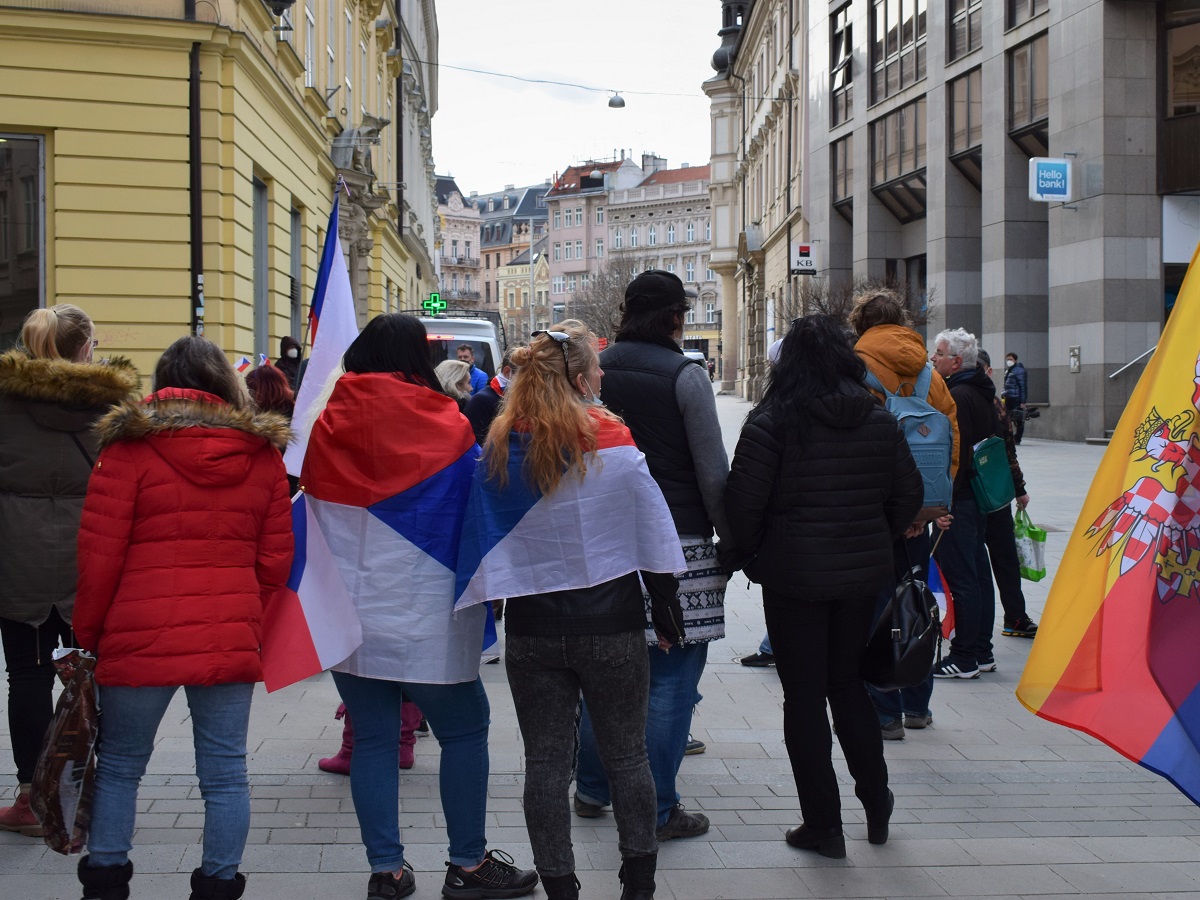 Demonstrations against the pro-Russian orientation of the President and other politicians, organized by the Million Moments Association, are taking place today in Prague, Brno, Plzen, Hradec Králové, Ústí nad Labem, Zlín and other cities. Photo Credit: KB / BD.

Czech Rep., Apr 29 (BD) – Million Moments, a civic initiative established after the parliamentary elections in 2017, is staging a series of demonstrations across the country today in response to recent events primarily involving Prime Minister Andrej Babiš and President Miloš Zeman. The protests are taking place in Prague and many other cities around the country, including Brno, Plzen, Hradec Králové, Ústí nad Labem, and Zlín.

The protests are directed mainly against President Zeman’s influence on the direction of the Czech Republic towards Russia, and against the government they say has damaged the public finances and eroded important institutions.

President Zeman has been criticized by the opposition for Sunday’s speech, in which he claimed that two investigative lines were being worked in the case of the explosion in an ammunition depot in Vrbětice in the Zlín region in 2014. Both Babiš and Interior Minister Jan Hamáček have stated the involvement of Russian secret services operatives is the only explanation being suggested by Czech intelligence agencies.

According to Million Moments, Babiš’s conflict of interest is also contributing to the degradation of the Czech Republic. The association points to the final audit report by the European Commission, which accuses the Prime Minister of simultaneously making decisions on the direction of EU subsidies and controlling the Agrofert holding. Babis denies controlling Agrofert and is threatening to use the state to challenge the audit’s findings at the European Court of Justice.

Former Minister for Human Rights and National Minorities, Michael Kocáb, co-author of a petition for a constitutional lawsuit against Zeman, and Eugenie Číhalová, a representative of the Russian minority in the Government Council for National Minorities, will speak at a demonstration in Prague.

Writing on Facebook, Million Moments said the Supreme Administrative Court has ruled that limiting the number of participants in demonstrations is unconstitutional. However, hygiene measures will be observed during the protests today: participants should obtain negative antigen tests before they join the protests, wear respirators, use hand disinfectant frequently, keep a safe distance by standing on the marked points, and not push in the crowd.

“We have tried new forms of protest against the government and we take the COVID-19 pandemic seriously. But now is the time to take to the streets again and show that we will not stand idly by as the government continues to devastate our country. We will do everything to make the event as safe as possible and we ask you to cooperate,” wrote the Association on Facebook.