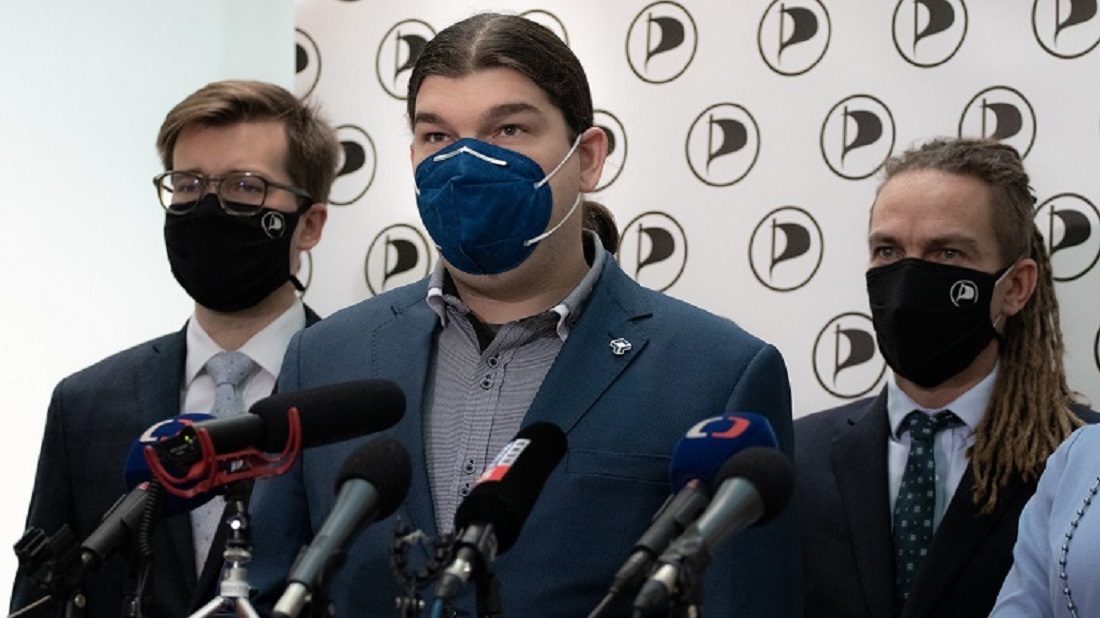 Vice-Chairman of the Pirate Party, Ondřej Profant, has proposed deleting gender data from ID cards, which he argues would make life easier for trans and non-binary people. The proposal was included in an amendment to legislation currently in the Chamber of Deputies that would update citizen ID cards with biometric data, following EU requirements. Photo Credit: Pirati.cz.

Czech Rep., May 11 (BD) – Pirate Party MP Ondřej Profant has proposed removing gender data from identity cards in order to better protect citizens’ personal data, in an amendment to the Identity Cards Bill discussed in the Committee on Public Administration and Regional Development on April 30th.

“The gender data shown on ID cards does not help identify their holders, in practice. Sometimes, on the contrary, people’s appearance does not correspond to the common notion of men and women, and so unnecessary misunderstandings can arise,” said Profant.

The proposal on identity cards was presented following the EU’s requirement to include biometric data on identification documents used for trips around Europe. The requirement passed, meaning that this year citizens will be able to obtain ID cards with chips containing their fingerprints. ID cards must also include a machine-readable part to meet the minimum safety standards set by the International Civil Aviation Organization.

Omitting gender information from such documents is nothing new in Europe. Many countries, including Germany, Greece, Italy, and Serbia, have never included this information in their identity documents. The Netherlands adopted similar legislation last year, and gender information will therefore disappear from Dutch ID cards over the next five years, as part of the government’s plan to remove the gender field wherever possible. According to Reuters, gender information first appeared on birth certificates in France in the early 19th century, as Napoleon Bonaparte wanted to know how many French male citizens were available for conscription.

“The proposal is therefore in line with the trend of only including necessary data on card documents. Other specific personal data can be connected electronically for specific cases,” added Profant. In the Czech Republic, this means that academic titles and the card-holder’s rodné číslo (“birth number”) are also due to be removed, according to a government proposal.

“The rodné číslo contains a lot of information that is personal in nature. The number can be used to find out the date of birth, gender, and place of birth,” said Petr Mlsna, Deputy Minister for Legislation, State Administration and Territorial Self-Government. He added that a separate number to identify the card would be used instead.

While many European countries are now moving towards more inclusive gender disclosure laws, some countries are still pursuing conservative campaigns against what they term “gender ideology”. In Hungary, for example, a law was passed last year banning official registration of gender reassignment and legal recognition of the new identity of transgender people. The US state of Idaho does not allow trans people to change their gender on birth certificates.

During the discussion in the House Committee, Profant pointed out that the current situation often leads to discrimination based on gender identity. The proposal has thus been welcomed by organizations supporting LGBT+ rights, which noted the benefits of the move for transgender, intersex, and non-binary people.

“They often have a gender on their ID card that does not match their identity and appearance, thus causing problems in everyday life, for example in post offices, offices, and other places,” explained Profant, who is also co-author of an amendment to the Registry Act to abolish the requirement for trans people to undergo gender reassignment surgery in order to change their legal gender, which has been the subject of criticism by the European Court of Human Rights and human rights organizations.

The data included on identity cards last changed in 2012, when the previously mandatory data on marital status became voluntary. The cards also no longer contain the names of children, spouses, or registered partners. As the Interior Ministry explained at the time: “This information is not directly related to the identification of the citizen. In addition, it has been criticized by the public in the past, as people did not want to mention it in their ID cards.”

The Act on Identity Cards will now go to the Chamber of Deputies for its second reading.

https://www.brnodaily.com/2021/05/11/news/pirate-mp-proposes-gender-neutral-id-cards-to-protect-personal-data/https://www.brnodaily.com/wp-content/uploads/2021/05/Pirates-party-members-credit-Prati.cz_-1024x575.jpghttps://www.brnodaily.com/wp-content/uploads/2021/05/Pirates-party-members-credit-Prati.cz_-150x84.jpg2021-05-11T15:20:59+02:00Benedetta PisaniCzech Republic / WorldCzech Republic,EU,PoliticsVice-Chairman of the Pirate Party, Ondřej Profant, has proposed deleting gender data from ID cards, which he argues would make life easier for trans and non-binary people. The proposal was included in an amendment to legislation currently in the Chamber of Deputies that would update citizen ID cards with...Benedetta PisaniBenedetta Pisanibenedetta.pisani@edu.unito.itAuthorHuman rights, equality, and sustainability activist. Passionate about writing, drawing, empathic listening, and social commitment.Brno Daily

Human rights, equality, and sustainability activist. Passionate about writing, drawing, empathic listening, and social commitment.
View all posts by Benedetta Pisani →
« Up To 700 People Allowed At Outdoor Cultural Events From May 17th
ReUse Centers To Reopen In Brno »