Czech Government To Increase Contribution To Public Health Insurance In 2022 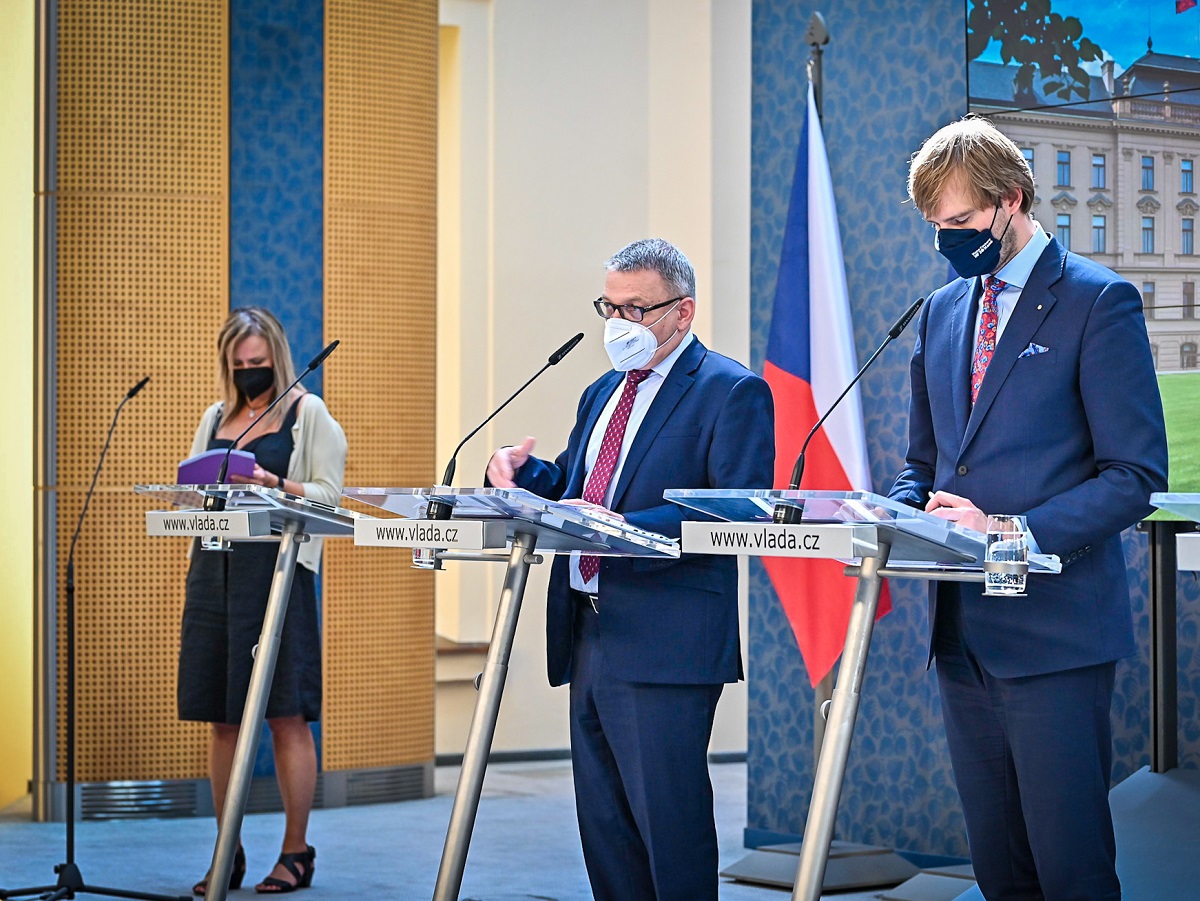 In 2022, state subsidies for public health insurance will increase by CZK 200 per person, as agreed by the government on Monday, June 21st. The Cabinet also approved the recognition of vaccinations issued by third countries for Czech and EU citizens who have temporary or permanent residence in the Czech Republic, and moved the next wave of relaxation forward by five days. Photo Credit: Vlada.cz (Cropped).

Czech Rep., June 22 (BD) – On Monday, Finance Minister Alena Schillerová and Health Minister Adam Vojtěch agreed on an increase of the government’s total contribution to domestic healthcare by approximately CZK 14.35 billion. The increased subsidy to public health insurance providers is intended to help those companies compensate for the losses and expenses incurred during the pandemic, and will be directed primarily to health care, according to Vojtěch.

“Our goal is to maintain a high standard of patient care, not to increase insurance reserves. That was a key requirement on my part. I am glad that the Minister of Health has the same view and will guarantee this method of allocation,” said Schillerová.

Yesterday, the government also approved the recognition of vaccinations issued in third countries for Czech and EU citizens with temporary or permanent residence in the Czech Republic, if they received a vaccine approved by the European Medicines Agency, evidenced by a national certificate. From Wednesday, these people will be able to enter the Czech Republic freely and enjoy the same conditions as citizens vaccinated within the Czech Republic, such as access to services. Vojtěch said that the system will be fully operational from July 1st.

Vojtěch also announced that the next wave of relaxation of measures, which were due to come into force on July 1st, will now be moved forward to Monday, June 26th. These include the lowering of the space required per customer in shops to 10 square meters, an increase in the maximum capacity of cultural performances, sports matches, and educational events to 2,000 people indoors and 5,000 people outdoors, and an end to the ban on live music. Dancing, however, is still not allowed, since there is close contact between people and the probability of droplets spreading is higher, as chief hygienist Pavla Svrčinová explained. There will also be an increase in the maximum capacity for private and public mass events, to 500 people indoors and 1,000 people outdoors. Swimming pools and wellness facilities will now be allowed to fill up to 75% of the total capacity. The obligation to provide evidence of a negative test, vaccination, or prior illness continues to apply to services as well as cultural, sports, and other mass events.

These measures were moved forward as they also include conditions for summer residential camps, which will start as early as June 26th. According to an agreement between the Ministry of Health and representatives of the Czech Council of Children and Youth (ČRDM), children who provide a negative PCR test before departure will not need to be tested at the camp. Retesting every seven days will be required only for children who have provided an antigen test or a self-test on site before departure.

https://www.brnodaily.com/2021/06/22/news/politics/czech-government-to-increase-contribution-to-public-health-insurance-in-2022/https://www.brnodaily.com/wp-content/uploads/2021/06/Czech-Republic-Ministers-press-conference-credit-Vlada.cz_-1024x769.jpghttps://www.brnodaily.com/wp-content/uploads/2021/06/Czech-Republic-Ministers-press-conference-credit-Vlada.cz_-150x113.jpg2021-06-22T14:38:12+02:00Benedetta PisaniCzech Republic / WorldPoliticsIn 2022, state subsidies for public health insurance will increase by CZK 200 per person, as agreed by the government on Monday, June 21st. The Cabinet also approved the recognition of vaccinations issued by third countries for Czech and EU citizens who have temporary or permanent residence in the...Benedetta PisaniBenedetta Pisanibenedetta.pisani@edu.unito.itAuthorHuman rights, equality, and sustainability activist. Passionate about writing, drawing, empathic listening, and social commitment.Brno Daily