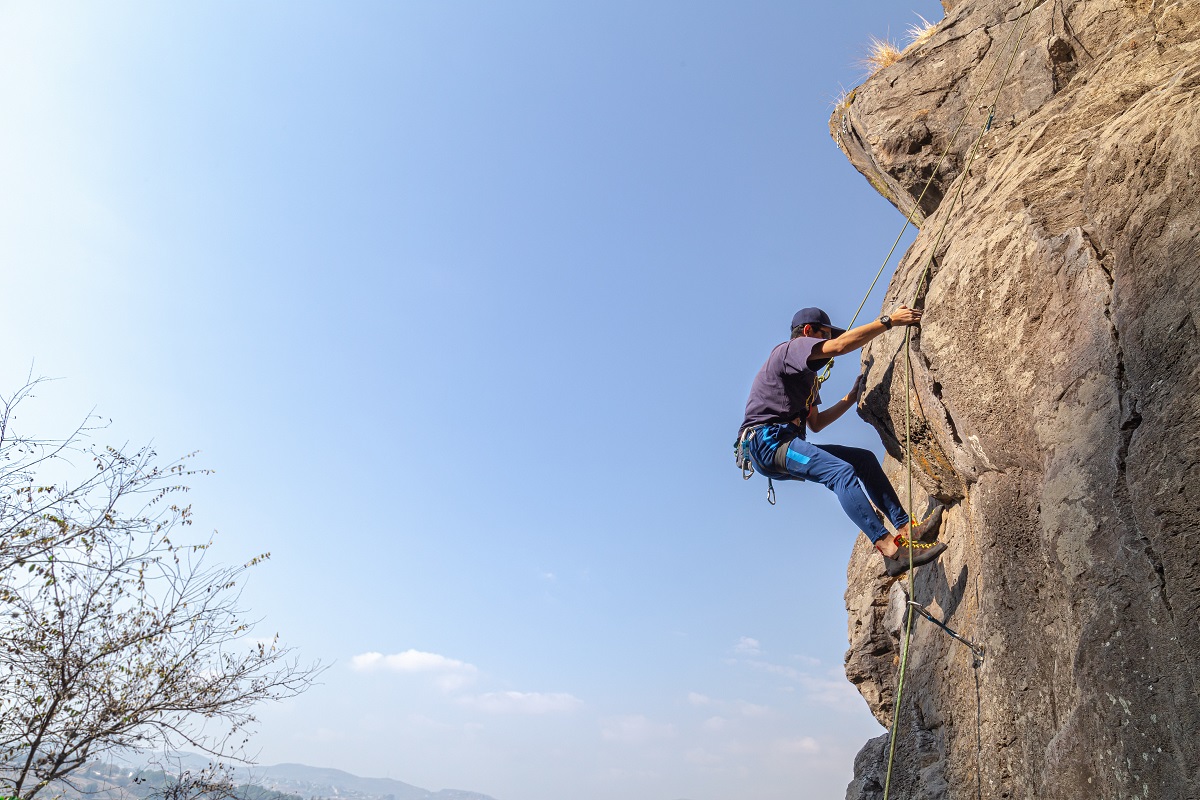 Brno’s key gold medal hope Adam Ondra, considered one of the world’s greatest climbers, was unable to convert expectations into reality in Tokyo. He finished in sixth place, despite a personal best in the Speed discipline. Alberto Gines Lopez of Spain won the gold medal. Photo Credit: Freepik / Illustrative Photo.

Brno, Aug 6 (BD) — Olympic laurels are often decided by hundredths of a second and fractions of an inch. On Thursday, at the 2020 Summer Olympics in Tokyo, Brno’s Adam Ondra’s quest for the gold medal in Sport Climbing came to a few handholds short at the top of a 15-meter artificial wall.

People around Brno were glued to Czech television to see if Ondra, the face of the Czech Olympic team, and, as the New York Times put it, “widely considered the best indoor and outdoor climber in the world”, would best his opponents. Rapt crowds gathered despite the rain at the Olympic Festival. Workplaces stopped to watch the broadcast. Many others waited for news through their mobile phones. And, of course, a crowd gathered at Hangar, Ondra’s climbing playground in Horni Herspice.

There are three phases in Sport Climbing: Speed, Bouldering and Lead Climbing. The final order of finish from each are multiplied together to determine the overall medal winners.

In the Speed phase of the competition, Ondra, who had to learn the speed discipline to compete in the three-phase event, bested his results with each attempt. In the consolation final, it took just 6.86 seconds, a personal best, for him to climb the 15-meter wall, and he took fourth place. It was the first time he had broken the seven-second barrier in his career, and it set him up well for success because he is more comfortable with the Bouldering and Lead Climbing phases.

Unfortunately, the Bouldering phase proved to be uncharacteristically difficult. Ondra reached the top of the first test on his second attempt, which put him at a slight disadvantage to most of the other climbers, who reached the top on their initial tries.

For a moment, Ondra looked to be in position to be the only climber to conquer the third test, but, though he maintained a handhold that every other competitor slipped off, he was unable to complete the move to the top before exerting too much energy and falling. He was sixth in the Bouldering phase.

In lead climbing, Ondra surpassed the three climbers who came before him on the wall-length overhang and nearly reached the top before falling after the 42nd hold. With each subsequent climber, the mathematics of the competition changed. When America’s Colin Duffy fell after the 40th move he had the same overall total as Ondra, but a lower position because of the time tiebreaker.

It looked good for Ondra to medal, until the final climber, Austria’s Schubert, surpassed Ondra’s 42 holds and reached the top of the Lead Climb. Ondra fell to second in the Lead Climb and the three-phase mathematics put him in sixth overall.

Ondra, 28, is known for climbing previously unclimbable routes around the world. He was born in Brno and he was educated at Masaryk University.

For more information, go to https://www.adamondra.com/, or search for his videos on YouTube to see him challenge the extremes of the human body.

https://www.brnodaily.com/2021/08/06/sport/brnos-olympic-medal-hope-adam-ondra-finishes-sixth-in-sport-climbing/https://www.brnodaily.com/wp-content/uploads/2021/08/young-male-climber-rocky-cliff-against-blue-sky_credit_freepik-1024x683.jpghttps://www.brnodaily.com/wp-content/uploads/2021/08/young-male-climber-rocky-cliff-against-blue-sky_credit_freepik-150x100.jpg2021-08-06T09:53:49+02:00Bruno ZalubilBrnoSportBrno,SportBrno’s key gold medal hope Adam Ondra, considered one of the world’s greatest climbers, was unable to convert expectations into reality in Tokyo. He finished in sixth place, despite a personal best in the Speed discipline. Alberto Gines Lopez of Spain won the gold medal. Photo Credit: Freepik /...Bruno ZalubilBruno Zalubilbzalubil@hotmail.comAuthorA connoisseur of the unpredictable and unscripted drama of sports.Brno Daily

A connoisseur of the unpredictable and unscripted drama of sports.
View all posts by Bruno Zalubil →
« Špilberk Festival Returns With A Varied Program of Concerts
Three Subsidy Programs To Revitalize Brno Public Green Spaces In 2022 »