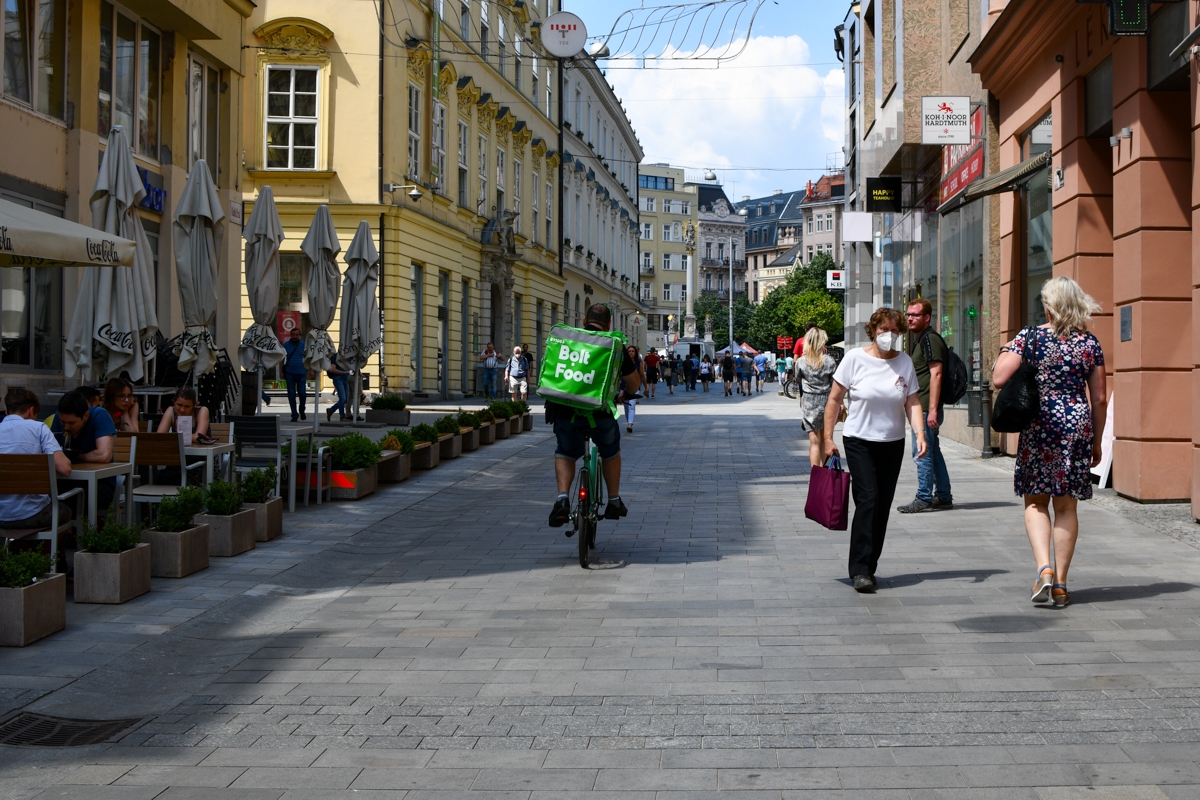 According to a study by Masaryk University’s Recetox research centre, almost 1.7 million cases of COVID-19 have been confirmed by PCR tests since the beginning of the epidemic, about 17% of the population. Researchers estimate that the total number of cases may have exceeded 50% of the adult population by March 2021. Photo Credit: KK / BD.

Czech Rep., Aug 18 (BD) – According to the PROSECO study, carried out by Masaryk University’s Recetox centre, almost 1.7 million cases of the SARS-CoV-2 virus infection have been confirmed by PCR since the beginning of the COVID-19 epidemic, about 17% of the population. However, these figures do not include those with a mild or asymptomatic course of the disease who were not tested.

However, according to the study, the true number of people who became infected and developed antibodies during the second phase of the pandemic can only be estimated from a national seroprevalence study, testing a representative sample of the population for the presence of antibodies to SARS-CoV-2. Several studies have been published describing the progression of COVID-19 during the second wave of the pandemic, but none covering the severely affected Central and Eastern European region.

This week, researchers at Recetox published the results of the first phase of a long-term prospective study, named PROSECO, monitoring the dynamics of antibody levels against SARS-CoV-2 in the Czech population.

The study was conducted in partnership with epidemiologists from partner institutions at University College London, the World Health Organization office in the Czech Republic, and the Institute of Health Information and Statistics, who participated in the analysis and interpretation of the data.

“The results of the first phase of the study showed a rapid increase in seropositivity demonstrating large-scale exposure of the Czech population to SARS-CoV-2 during the dramatic second wave of the pandemic: while in October and November 2020 only 28% of volunteers had antibodies, in December 2020 and January 2021 it was 43 % and by February and March 2021 it was 51%. This means that in March 2021, a substantial part of the Czech population was no longer immunologically naive to SARS-CoV-2 infection,” said Vojtěch Thon from Masaryk University, who headed the study.

“The growing trend corresponds with the national data on the cumulative number of positive PCR tests and confirms the continuously published dynamics of the epidemic. However, the measured data indicate that the percentage of the population exposed to SARS-CoV-2 virus by March 2021 was significantly higher than direct estimates based only on data from PCR testing,” said Ladislav Dušek, Director of ÚZIS.

“At least one-third of the participants in whom antibodies were found showed no signs of disease and 28% of seropositive individuals had never been tested by PCR. These numbers demonstrate the importance of large-scale serological studies describing the extent of virus exposure and spread in the population,” added Dušek.

In March 2021, a massive vaccination campaign began in the Czech Republic to vaccinate the entire adult population against SARS-CoV-2 by the end of September 2021. Therefore, from March to September, all participants will be re-measured in order to map the dynamics of antibody production. In the third phase of the examination, planned for the period from October 2021 to March 2022, the persistence or decrease of memory IgG antibodies against SARS-CoV-2 will be further monitored in individuals who have contracted the infection and those who have been vaccinated.

“The PROSECO study will contribute to a better epidemiological and serological characterization of SARS-CoV-2 infection and provide valuable long-term data on the spread of SARS-CoV-2 and antibody development dynamics in a representative population sample,” said Srdan Matič, head of the Czech branch of the World Health Organization. “Such data is critical to setting up the right vaccination strategies and successfully managing the next phases of the COVID-19 global pandemic.”

https://www.brnodaily.com/2021/08/18/news/up-to-half-of-czech-adult-population-had-been-infected-with-covid-19-by-march-2021/https://www.brnodaily.com/wp-content/uploads/2021/07/Brno-City-Center-Street-Summer-People-Credit-KK-BD-1-1024x683.jpghttps://www.brnodaily.com/wp-content/uploads/2021/07/Brno-City-Center-Street-Summer-People-Credit-KK-BD-1-150x100.jpg2021-08-18T15:45:05+02:00Shyam MakwanaCzech Republic / WorldCoronavirus,Czech Republic,Health,NewsAccording to a study by Masaryk University's Recetox research centre, almost 1.7 million cases of COVID-19 have been confirmed by PCR tests since the beginning of the epidemic, about 17% of the population. Researchers estimate that the total number of cases may have exceeded 50% of the adult population...Shyam MakwanaShyam Makwanashyammakwana1210@gmail.comAuthorA passionate writer, excited about exploring interesting things on planet Earth. Fascinated and motivated by positive surroundings. Curious about current affairs.Brno Daily

A passionate writer, excited about exploring interesting things on planet Earth. Fascinated and motivated by positive surroundings. Curious about current affairs.
View all posts by Shyam Makwana →
« Teachers’ Salaries Continue To Rise In The Czech Republic
Total Volume of Mortgages Set For Record Year In 2021 Despite Rising Mortgage Interest Rates »