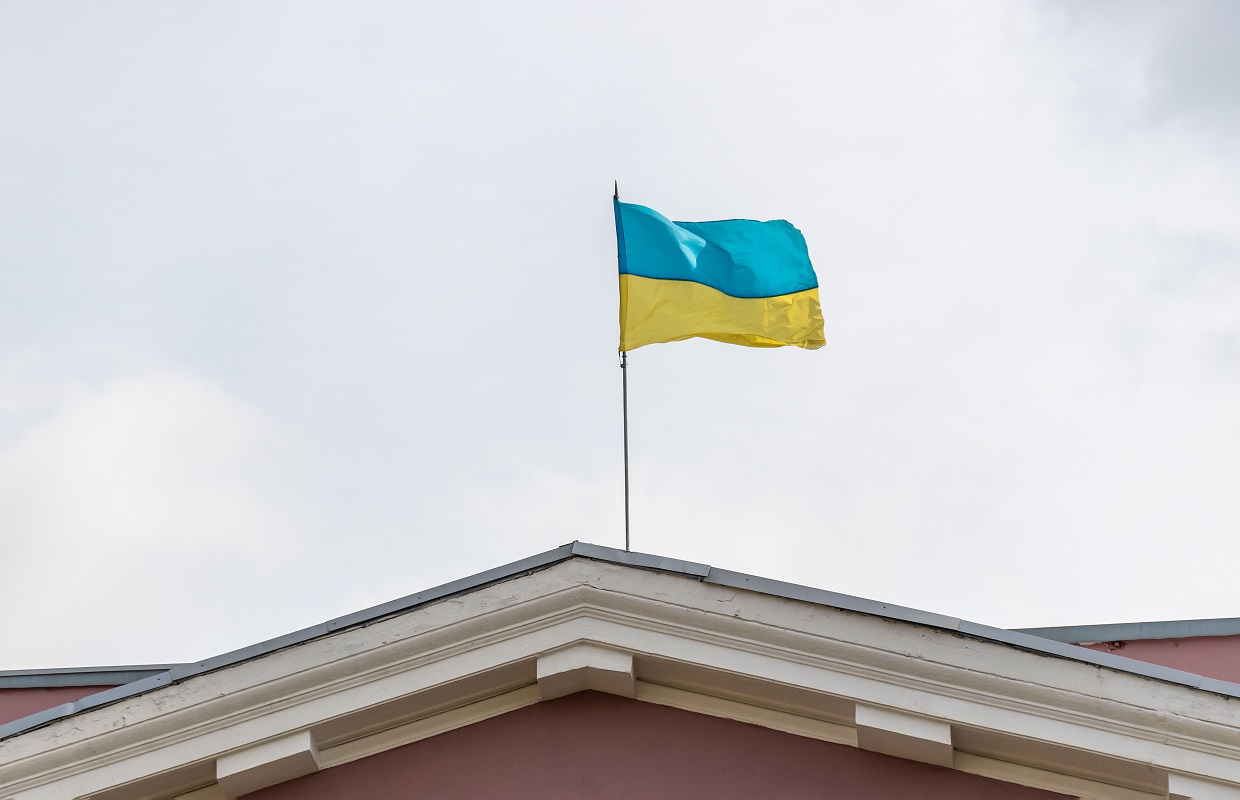 Brno, Aug 24 (BD) – August 24th is a significant date in Ukraine’s modern history. On this day 30 years ago, the Ukrainian parliament adopted the Declaration of Independence of Ukraine from the Soviet Union, and by the end of the year, the new nation had been recognised by over 60 states. Brno will join the celebrations of this important day and raise the Ukrainian flag above the New Town Hall.

The flag will be on display at the New Town Hall on the anniversary day, Tuesday, August 24th, 2021, following a request from a member of the Ukrainian Initiative of South Moravia. The City of Brno regularly raises flags above the Town Hall in solidarity with the city’s national minorities, to emphasise the city’s cosmopolitan character.

“This year we have already raised the Greek flag at the town hall, to commemorate the 200th anniversary of the beginning of the revolution leading to liberation from the 400-year Turkish occupation,” said Marek Fišer, Brno Council member for Culture. “We have also repeatedly raised the Belarusian flag as symbolic support for local civil society and victims of repression. This time, at least with this gesture, we will join the Ukrainian nation, which is commemorating the anniversary of its declaration of independence 30 years ago. In addition, the Ukrainian minority is one of the strongest in Brno. According to the Ministry of the Interior, there were over 9,000 Ukrainians registered living here at the end of April 2021.”

“It is now thirty years since the Supreme Soviet of Ukraine declared Ukraine an independent and sovereign state,” said Ilnara Dudash from the Ukrainian Initiative of South Moravia. “It is well known that in the past, there had already been attempts to achieve sovereignty for Ukraine, but always unsuccessful. That is why this event is sensitive and very important for Ukraine and for every Ukrainian citizen. In recent years, Ukraine is once again experiencing difficult times caused by the occupation of part of its territory by the Russian Federation. In this context, the events of 30 years ago were an important milestone for Ukrainians on the path to integration into the democratic society of the united European states. The Ukrainian minority living in the Czech Republic is very sensitive to the supportive gestures of solidarity and support; on behalf of all of them, we sincerely thank the City of Brno for the decision to raise the Ukrainian national flag above the town hall. This gesture has a very high moral value for us, we appreciate it very much.”