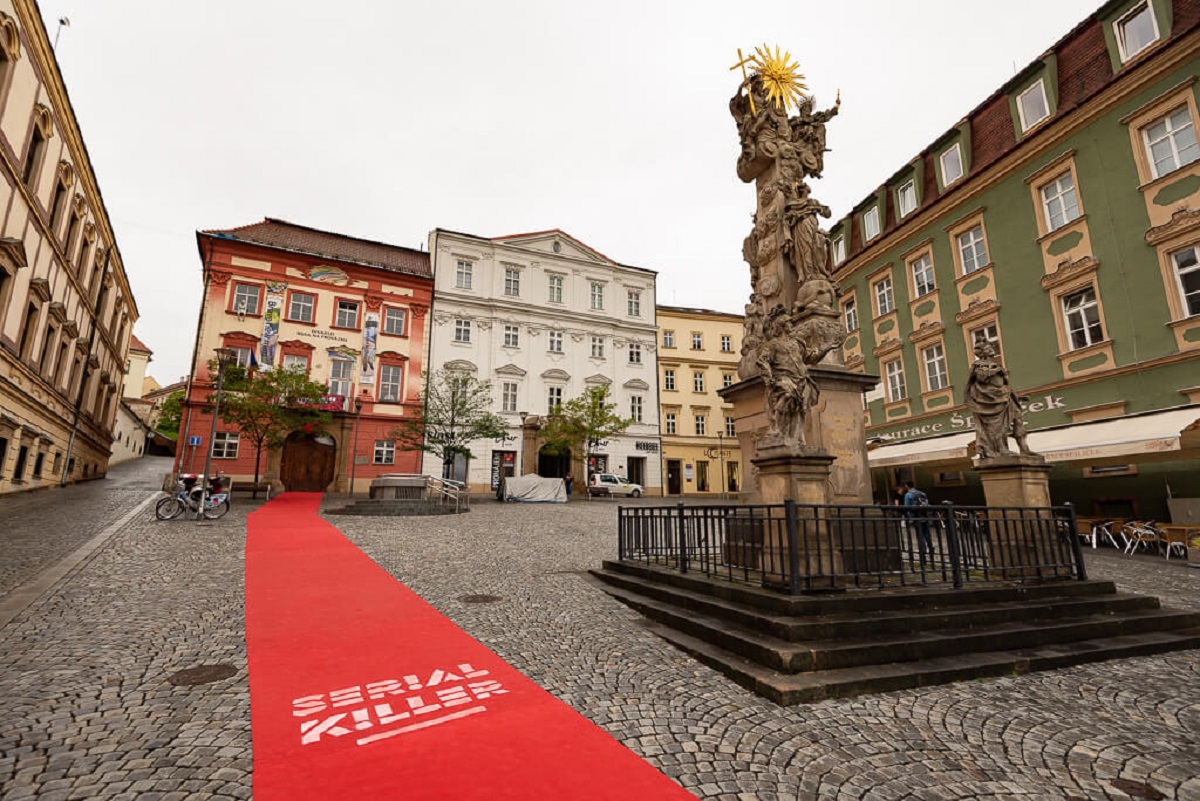 The 4th edition of the Serial Killer, the TV Series Festival, ended on Saturday, September 25th. The award for the best TV series was awarded to the Serbian series Rodina (“The Family”), while the Czech show TBH was crowned as the best web series. Klára Melíšková won the award for best actress in a TV series, and Tereza Polachová won the Progressive Killer Award as the most progressive producer of the year. Credit: Serial Killer 2020.

The award for the best TV series this year went to the Serbian series Rodina (“The Family”). The series chronicles the three days before the detention of the former head of state, Slobodan Milošević.

The figure of the Serbian president is reconstructed by the testimony of family and friends, of the strong control he exercised over the Serbian people in the years of his presidency. The series also outlines the end of his family’s power and more generally the end of the Milošević era.

Czech Television program director Milan Fridrich has confirmed that he will buy the series.

Klára Melíšková received an honorable mention and won a Harper’s Bazaar from the jury for her starring role in the new Czech Television miniseries Suspicion.

In the series, the actress plays the impenetrable and cold character of a nurse, accused of murdering a patient due to the insensitivity and coldness with which she treats her patients.

The series is based on dozens of real cases and outlines the social cross-section that hides behind media, judicial and human events of this type: the media coverage it receives, the misunderstandings, the difficulty in reconstructing the events narrated.

The award for the best web series was won by the first original web series on Czech television – TBH, which follows the events after a shooting at a Brno high school and touches on issues such as adolescence and manipulation related to the use of social networks.

The third year of the Progressive Killer Award saw HBO Europe producer Tereza Polachová as the winner – for being the producer of the most progressive and pan-European TV series. She has produced series including Burning Bush and Unconscious.

https://www.brnodaily.com/2021/09/27/events-in-brno/winners-announced-in-4th-annual-serial-killer-festival/https://www.brnodaily.com/wp-content/uploads/2021/09/Serial-Killer-Festival.-Credits-Serial-Killer-1024x684.jpghttps://www.brnodaily.com/wp-content/uploads/2021/09/Serial-Killer-Festival.-Credits-Serial-Killer-150x100.jpg2021-09-27T12:26:30+02:00Giorgia MauraArt & CultureBrnoEvents in BrnoBrno,Events in Brno,FestivalThe 4th edition of the Serial Killer, the TV Series Festival, ended on Saturday, September 25th. The award for the best TV series was awarded to the Serbian series Rodina ('The Family'), while the Czech show TBH was crowned as the best web series. Klára Melíšková won the award...Giorgia MauraGiorgia Mauragiorgiamaura50@gmail.comAuthorCommunication student, passionate about politics, theater and trekking. My mission is to bring a piece of truth into a chaotic world. Humankind lover.Brno Daily

Communication student, passionate about politics, theater and trekking. My mission is to bring a piece of truth into a chaotic world. Humankind lover.
View all posts by Giorgia Maura →
« 10th Edition of The Film and Architecture Festival Begins In Brno On September 29th
In Brief: Million Moments For Democracy Tape The Czech Republic With “Confiscated by Anofert” »