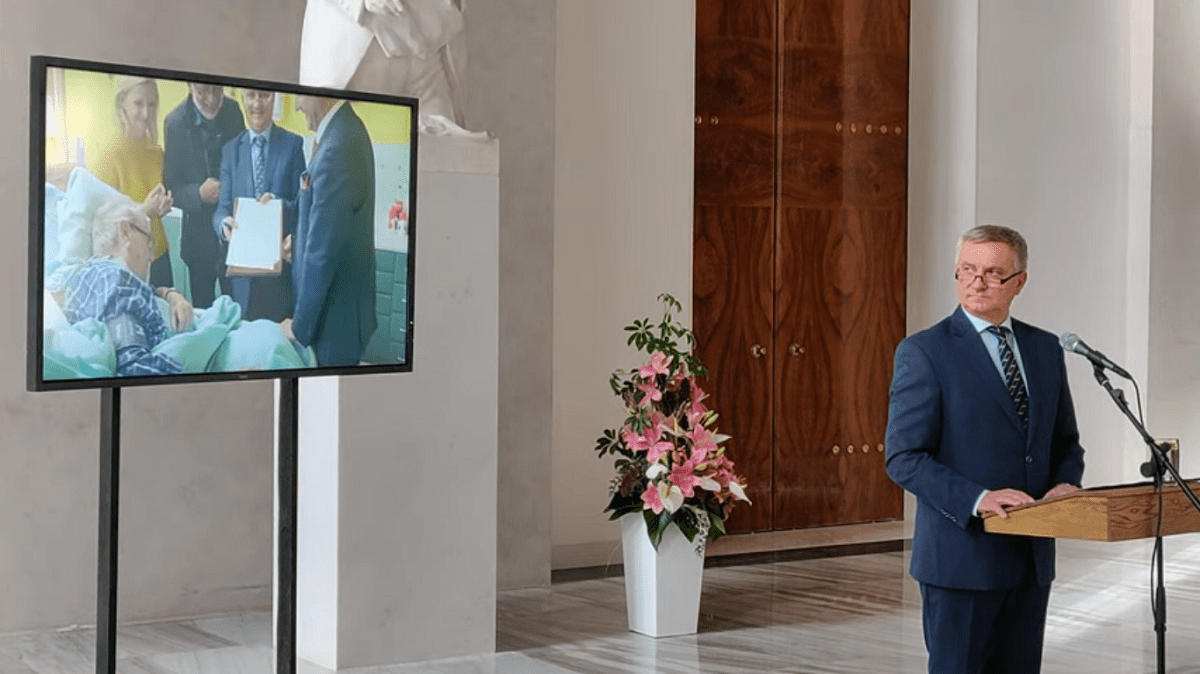 Vratislav Mynář, Chancellor of Prague Castle, presented a video of Zeman signing the convocation document of the new Chamber of Deputies at a press conference yesterday. Credit: Hrad.cz / press conference.

Czech Rep, Oct 22 (BD) – Yesterday, Prague Castle held an unexpected press conference, at which Chancellor Vratislav Mynář explained that he had been instructed by President Zeman – before his hospitalization – to prepare the documents for the signing of the convocation of the new Chamber of Deputies.

“On Sunday, October 10th, the President of the Republic, after a meeting with the Prime Minister, which took place at the Lány Castle, entrusted me with the task of preparing a document for the inaugural meeting of the Chamber of Deputies of the Czech Republic for signature,” said Mynář.

Since the President’s hospitalization, there have been ambiguous and unclear communications from the President’s staff on Zeman’s state of health, and Chancellor Mynář organized a meeting between Zeman and Radek Vondráček, Speaker of the Chamber of Deputies, without the hospital’s knowledge.

This prompted criticism from several senior Czech political figures, as well as the police, who announced on Twitter on October 19th that they would open an investigation into the matter, led by the National Center Against Organized Crime (NCOZ).

The signature of the document was being examined by investigators due to the lack of clear evidence that it was indeed Zeman’s. During the conference, however, Mynář rejected the accusations and said he was ready to cooperate with the investigators.

During the conference, a video was also shown of President Zeman signing the convocation documents of the Chamber of Deputies. The video also features Mynář and Vondráček.

It is not just the signature that made the news. The failure to comply with social distancing measures was also harshly criticized by the media and public, as reported by iDNES.

Communication student, passionate about politics, theater and trekking. My mission is to bring a piece of truth into a chaotic world. Humankind lover.
View all posts by Giorgia Maura →
« In Brief: Brno Transport Company Recognised Twice In The 2020 South Moravian Region Construction Awards
Masaryk University Switches To Green On Anti-Epidemic Traffic Light System From Monday »