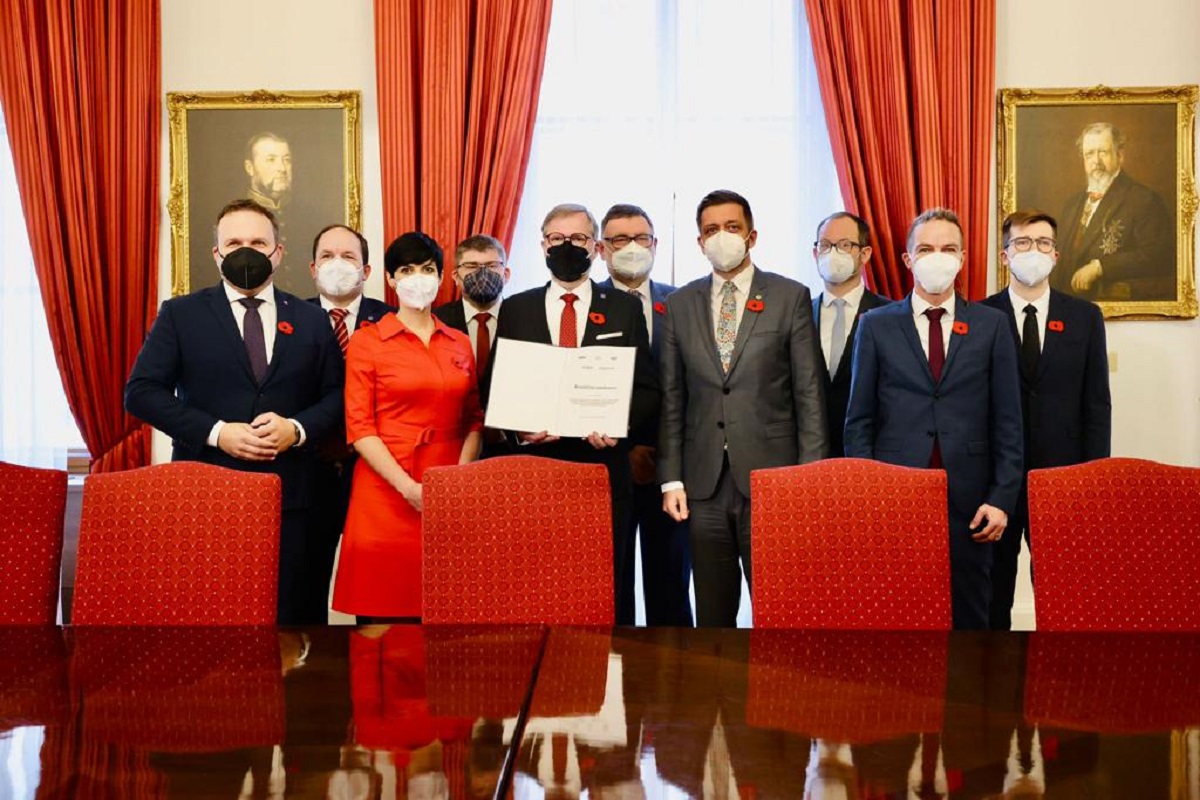 The new government plans to severely sanction those who harm the environment, and would like the Czech Republic to take a more active role in the transition towards a “green” economy. Credit: ODS via Twitter.

Czech Rep, Nov 30 (BD) – The incoming Ministers of Environment and Agriculture have agreed on collaboration to lead the Czech Republic towards a “green” economy revolution.

“The future government’s program takes seriously the ongoing climate change and the fact that it is accelerated by current systems of production, energy production, and transport,” declared Petr Hladík, vice president of KDU-ČSL. “Cooperation between ministries is important for improving the environment. Therefore, the programmatic declaration of the future government is based on close collaboration between individual ministries. There must be a unification of views in the fields of agriculture and landscape protection, but close cooperation in the field of energy is also important.”

The new government intends not only to propose tougher sanctions for those who cause environmental damage, but also to include the protection of water and water resources in the Constitution.

The new government program aims to strengthen the protection of the landscape and biodiversity in the Czech Republic, as both an environmental and a political issue. It also envisions the Czech Republic becoming an active and proactive player in the negotiation of the European Green Deal.

“The future government will also be active in negotiations within the European Union,” said Hladík, who participated in the drafting of the new government’s program. “The Green Deal represents a huge opportunity for Europe to invest in sustainable development, renewable energy and the circular economy. We will support any such measures which will not economically affect the living standards of the population of the Czech Republic.”

Hladík said that investing in green energy could lead to 100,000 photovoltaic plants by 2025, including proposals to build solar power capacity on the roofs of Brno in order to transform Brno into an energy self-sufficient city.

https://www.brnodaily.com/2021/11/30/news/politics/green-measures-included-in-the-new-governments-program/https://www.brnodaily.com/wp-content/uploads/2021/11/credit-ods-via-twitter-nw-goverment-1024x683.jpeghttps://www.brnodaily.com/wp-content/uploads/2021/11/credit-ods-via-twitter-nw-goverment-150x100.jpeg2021-11-30T14:55:22+01:00Giorgia MauraCzech Republic / WorldPoliticsCzech Republic,PoliticsThe new government plans to severely sanction those who harm the environment, and would like the Czech Republic to take a more active role in the transition towards a 'green' economy. Credit: ODS via Twitter.Czech Rep, Nov 30 (BD) - The incoming Ministers of Environment and Agriculture have agreed...Giorgia MauraGiorgia Mauragiorgiamaura50@gmail.comAuthorCommunication student, passionate about politics, theater and trekking. My mission is to bring a piece of truth into a chaotic world. Humankind lover.Brno Daily

Communication student, passionate about politics, theater and trekking. My mission is to bring a piece of truth into a chaotic world. Humankind lover.
View all posts by Giorgia Maura →
« In Brief: Children Over 5 Eligible For Vaccine From December 13th
Masaryk University Researchers Reveal How Media Negativity Affects Trust In Public Institutions »