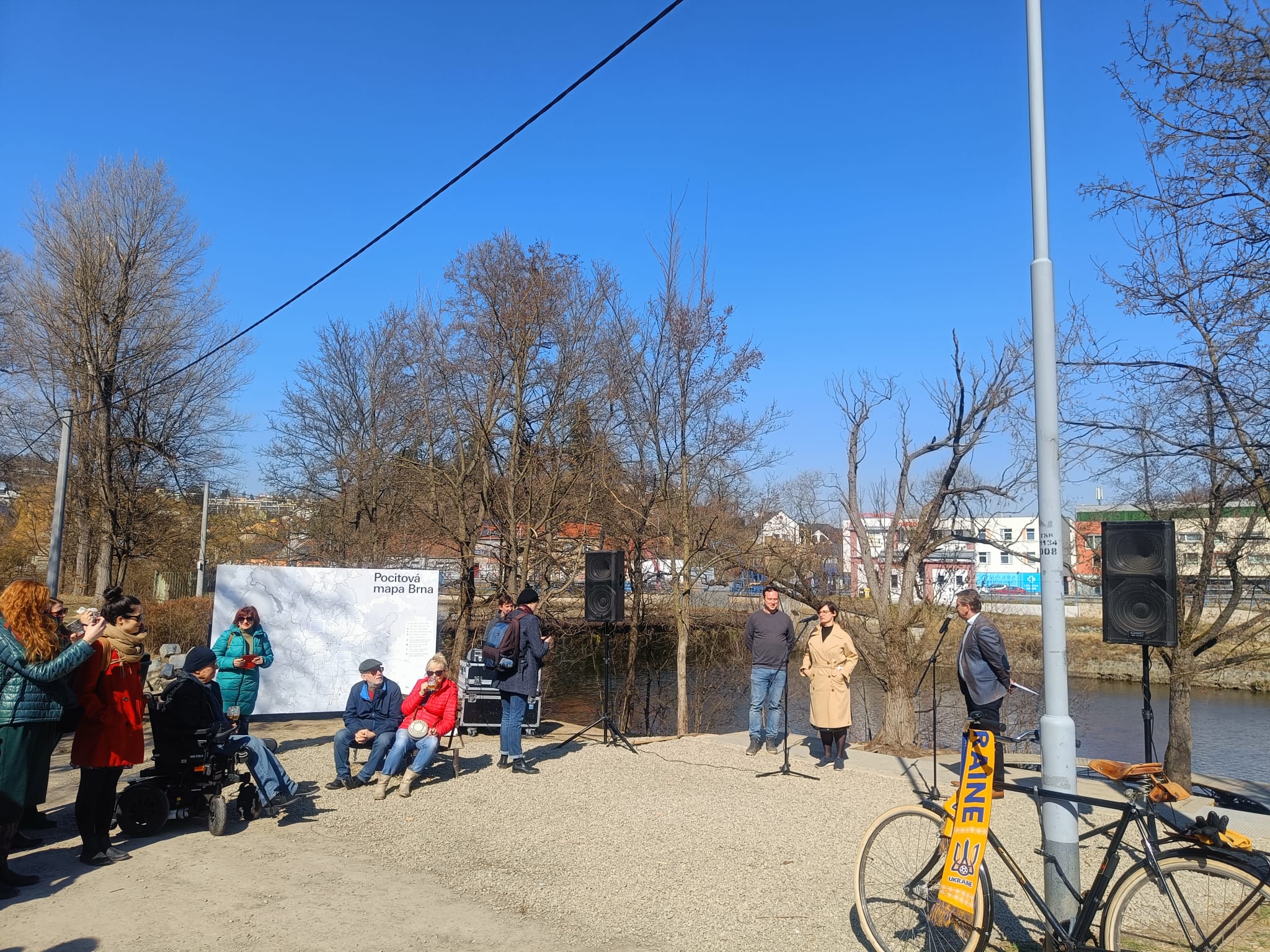 A survey on Brno citizens’ attitudes to culture was conducted in the form of a Sentiment Map. Respondents indicated the places they consider important, where they like to spend their free time, but also the places that could be further developed. These emotional responses will inform the direction of the city in the future, and the map will be an important basis for the preparation of Brno’s bid to become European Capital of Culture in 2028. Photo credit: Sefora S. / Brno Daily

Brno, March 21 (BD) – What did the survey show? The city centre is the most culturally vibrant area, while residents would appreciate easier access to culture in the outskirts of the city, as well as Cejl, Královo Pole and the Brno Exhibition Center. “Culture is in the theatre as well as on the street,” said Marcela Straková, program director of the 2028 bid. “It has a formal face, for example in the Moravian Gallery, but also an informal one, for example in the skate park or in the poetry that you encounter while walking around the city. Culture is an essential part of Brno’s development and one of the focuses of Brno’s bid will be to work with space, identifying places where it is possible and desirable to encourage the emergence and growth of talent. The challenge is to balance or fundamentally change the cultural infrastructure, especially in the areas outside the city centre.”

According to Brno residents, outstanding elements of the city include the Brno Astronomical Clock on namesti Svobody, functionalist buildings such as Villa Tugendhat, and old industrial centres. Urban complexes such as Masarykova čtvrť or the Brno Exhibition Center are also important.

The Avion Hotel, the Janáček Theater, and Dominikánské náměstí were named by respondents as the most successfully restored monuments. Among the industrial buildings, the reconstruction of the industrial complexes in Zbrojovka and Vlnena were mentioned.

For the people of Brno, culture is not only about monuments, but also about the unique cafe and restaurant scenes and the atmosphere of the city itself, characterised by proximity and meeting in a relatively small space. Life in the city is governed by the inhabitants, it does not belong to the tourists as it does in other big cities.

The Sentiment Map also showed that Brno citizens like to spend time in the city’s green spaces and parks, for example in Lužánky. Urban gardening colonies near the city centre are also important to Brno citizens. Photo credit: Sefora S. / Brno Daily

The press conference presenting the results was held on the quay by the Komínská bridge. “We deliberately chose this location to present the results of the research on the Sentiment Map – nature, greenery and the preservation of gardening colonies play an important cultural role in the lives of Brno’s inhabitants, and we want to focus more on them in our application. At the same time, these places could be financed by the city’s participatory budget.” said Straková

In the survey, citizens could also answer open-ended questions about what they considered to be the most important problems and challenges for Brno. In addition to transportation and housing, they also mentioned support and development of culture as essential. “I am very happy to see that the citizens of Brno perceive the importance of culture and its development as I do,” said Brno City Councillor for Culture Marek Fišer (Pirati). “The Sentiment Map has proven to be a valuable tool for data collection, which Brno has used many times in the past, but not with a focus on culture, which is one of the essential elements of the Brno 2050 strategy. We would like to thank all citizens for their participation and valuable opinions, which we will use in the preparation of the bid.”

“The title of European Capital of Culture is an opportunity for the selected city and the surrounding region to develop culturally, socially, economically, urbanistically and environmentally, to improve its overall image and to carry out a complete regeneration of the city that meets the needs of the knowledge economy. It will also stimulate tourism or create new jobs and promote international networking. The ECoC label will increase the prestige of the city and the whole region”, added Straková.

https://www.brnodaily.com/2022/03/22/brno/sentiment-map-provides-hard-data-on-public-attitudes-to-culture-for-brnos-2028-capital-of-culture-bid/https://www.brnodaily.com/wp-content/uploads/2022/03/WhatsApp-Image-2022-03-21-at-14.53.18-1024x768.jpeghttps://www.brnodaily.com/wp-content/uploads/2022/03/WhatsApp-Image-2022-03-21-at-14.53.18-150x113.jpeg2022-03-22T08:12:50+01:00Julie ChretienBrnoNewsBrno,Culture,News,Sites,SurveyA survey on Brno citizens’ attitudes to culture was conducted in the form of a Sentiment Map. Respondents indicated the places they consider important, where they like to spend their free time, but also the places that could be further developed. These emotional responses will inform the direction of...Julie Chretien julie.chretien29@gmail.comAuthorA 21 year-old French student currently doing a Master's degree in management and communication in Lyon, France. Always thrilled to learn about new cultures and languages, and also, big fan of foods. Loves cats and karaoke night with friends.Brno Daily

A 21 year-old French student currently doing a Master's degree in management and communication in Lyon, France. Always thrilled to learn about new cultures and languages, and also, big fan of foods. Loves cats and karaoke night with friends.
View all posts by Julie Chretien →
« In Brief: TIC Brno Is Preparing City Tours For People Fleeing The War In Ukraine
Czech Population Continues To Grow Despite Historically High Death Rate  »