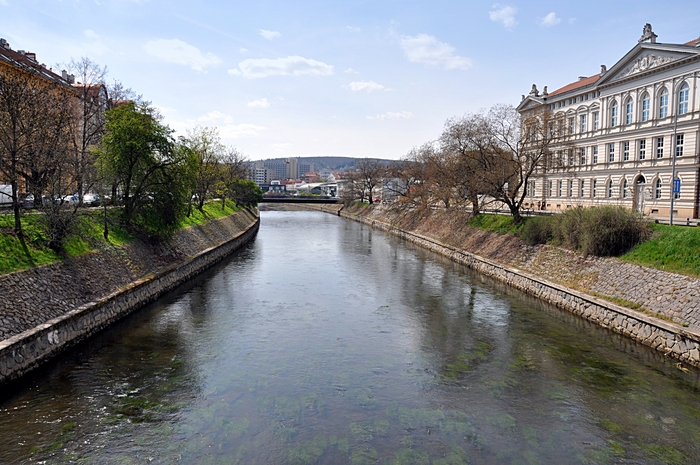 Fishers will catch a complete community of fish from a three-kilometre stretch of the Svratka River in Brno this weekend, in the section between Uhelná and Riviéra. The catch is planned in connection with the construction of the Svratka embankment. Before the excavators and diggers start working on the river, it is necessary to catch the fish, otherwise they could die. Photo credit: MENDELU

Brno, March 24 (BD) – “The weekend’s catch is particularly exceptional in its scope, as the entire fish community needs to be caught in a nearly three-kilometre stretch of the river. A catch of this magnitude has not been made in recent times,” said Jan Grmela from the Institute of Zoology, Fisheries, Hydrobiology and Apiculture (AF) at Mendel University.

20 fishers will take part in the exercise. “We expect to find mainly rheophilic species, i.e. fish that prefer to stay in the current of rivers. These include parma, migratory perch, fathead minnows, and other species. The main goal is to catch fish to avoid accidental mortality during construction and at the same time catch generational fish before spawning so that there is no spawning in the river during construction work,” Grmela said. The harvested fish will be planted in the downstream section, which is separated by a migration barrier.

The catch will begin at 9am on Saturday above the railway bridge at Štýřická nábřeží. The fishers will then proceed upriver towards the Riviera swimming pool. “For Saturday we would like to fish half of the stretch along Rybářská. On Sunday we plan to complete the catch,” Grmela added.

Brno started building flood protection measures around the river at the beginning of this year. The aim is to protect the city from flooding for the next 100 years. For Brno residents, the construction, which is expected to be completed next autumn, will have the benefit of making the river more accessible for recreation, with the creation of new quays. The river is now shackled in a concrete bed, but the new riverbed will be much more natural and organic. The stretch of river which will see construction work is more than three kilometres long. The new look was designed by the team of the late renowned Brno architect Ivan Ruller, who won an international architectural competition. The modifications will cost more than CZK 1 billion.

https://www.brnodaily.com/2022/03/24/brno/brno-fishers-to-clear-a-three-kilometre-stretch-of-river-svratka-this-weekend/https://www.brnodaily.com/wp-content/uploads/2022/03/svratka.jpeghttps://www.brnodaily.com/wp-content/uploads/2022/03/svratka-150x100.jpeg2022-03-24T14:10:46+01:00Julie ChretienBrnoNewsBrno,Events in Brno,Fishing,News,RiverFishers will catch a complete community of fish from a three-kilometre stretch of the Svratka River in Brno this weekend, in the section between Uhelná and Riviéra. The catch is planned in connection with the construction of the Svratka embankment. Before the excavators and diggers start working on the...Julie Chretien julie.chretien29@gmail.comAuthorA 21 year-old French student currently doing a Master's degree in management and communication in Lyon, France. Always thrilled to learn about new cultures and languages, and also, big fan of foods. Loves cats and karaoke night with friends.Brno Daily

A 21 year-old French student currently doing a Master's degree in management and communication in Lyon, France. Always thrilled to learn about new cultures and languages, and also, big fan of foods. Loves cats and karaoke night with friends.
View all posts by Julie Chretien →
« Mendel University Welcomes More Experts and Students From Ukraine
Photovoltaic Power Plant To Be Installed On The Roof of Věstonická Elderly Care Home »