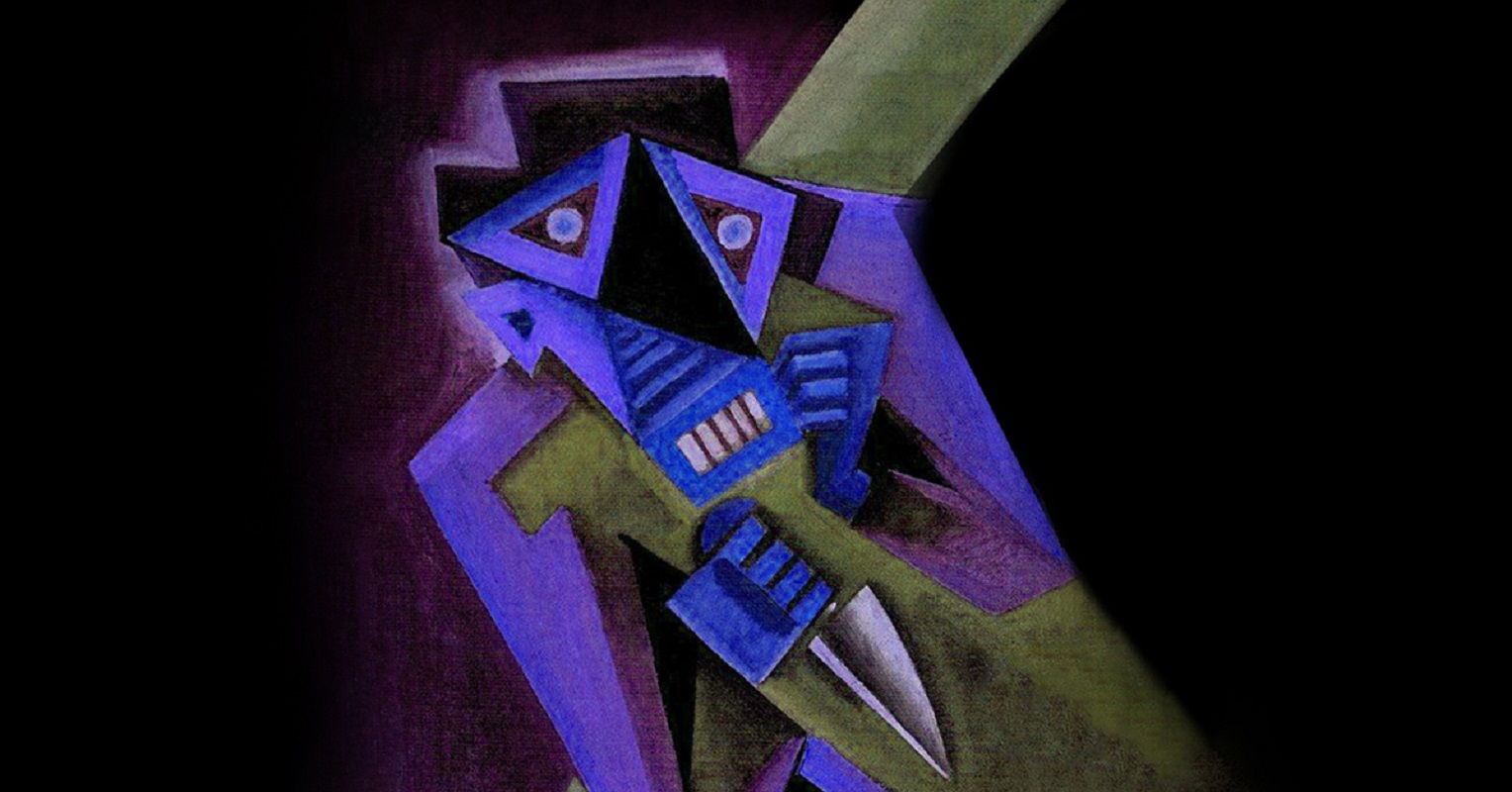 Czech Theater’s spring play, Franz Kafka’s The Trial, has five shows this month at Music Lab, and they’re all sold out. Czech Theater’s co-founder Anne Johnson shares some inside information about the production in this interview with Brno Daily. Image: Josef Čapek’s “Fantomas”.

What is Czech Theater?

Czech Theater is an amateur, multicultural community theater founded in Brno by three friends with the goal of making Czech theater accessible to the non-Czech speaking community and also giving Czechs the opportunity to see their own culture through a different lens.

Who was Franz Kafka?

Kafka was a German-speaking Jew who was born in Prague in 1883. He worked as an insurance officer but is of course famous for writing short stories and novels, mostly bizarre and surreal, from which we get the term “Kafkaesque”.

What is The Trial?

The Trial is one of Kafka’s unfinished novels. When he died, he left all his writing to his friend and editor Max Brod, with instructions to burn anything incomplete. It is uncertain how Kafka meant his novel to be read – some pages were not numbered, and some chapters were unfinished. Brod edited it and published it in 1925 after Kafka’s death.

Why did you choose this play for Czech Theater?

There’s some debate over whether Kafka was “really” Czech, since he spoke German, so initially we questioned whether The Trial was a fit for Czech Theater’s goals. However, the adaptation by Jan Grossman is fantastic. Grossman was born the year that The Trial was published and wrote his adaptation in 1966; it was performed by Divadlo Na zábradlí. It is definitely a reflection of the Czech theater culture just before the Prague Spring: it’s sexy and weird and funny and dark. The excellent translation by Barbara Day, who was studying theater in Prague in the 1960s, also makes this something that fits in Czech Theater’s vision.

This play has five actors playing the protagonist, Josef K. What motivated that choice?

We don’t know how Kafka intended Josef K to be. Sometimes he seems like an arrogant fool; other times, he’s pitiful and frightened. There are so many different translations and adaptations of The Trial, and each of them reveals a different interpretation of what the book meant and who the character was supposed to be. I wanted to give several actors the chance to put their own spin on him, and I wanted the audience to be able to see themselves in him as well. We’ve all been arrogant and pitiful and brave.

In this play, some actors have multiple roles. Why is that?

In the introduction to her 1993 staging of Grossman’s adaptation, Lida Engelova wrote, “The men… could each be interchangeable with Josef K, [they] represent the weakness and the impotence of Josef K on the one hand, and his Schwejkian cunning, malevolence and dignity on the other. All these figures in part mirror Josef K, in fact, all of us.” I thought that this was significant, and also that the play starts on his 30th birthday, which is a time when one might be thinking about how one wants to grow older. Will Josef go on to be a sadistic flogger? An avuncular bumpkin? A simpering defendant? A pompous information officer? Or has he been a mask for Kafka all along, who died prematurely at the age of 40?

How did you decide on the staging?

The play definitely has a dreamlike (or even nightmarish) quality, and the recurring and interchangeable images (the same props appear in multiple scenes, the actors are all dressed similarly) in combination with a lack of object permanence (the set shifts every few minutes; different actors play Josef) is meant to reinforce that feeling.

The opening scene is not part of the novel. Without any spoilers, can you explain why you included it?

In his will, Kafka explicitly stated that he wanted his unfinished works to be burned. On the other hand, he left them to his editor, the person least likely to destroy a work he considered valuable. Max Brod’s editing and publication of the work is why we know about it today, and I felt he deserved to have a voice in the play.

What else should we know?

The war in Ukraine has been in our thoughts throughout the production of this play, and we’re donating 20% of ticket sales to Czech lawyers doing pro bono work for Ukrainian refugees. For those who want to give more, we’ll also have a collection jar at the door.

If you have a ticket, we’re looking forward to seeing you! We’ve decided to add five extra seats per show on a “first come, first served” basis. If you don’t have a ticket but still want to come, come to Music Lab about 30 minutes before show time and try your luck!

Brno Daily - English News and Events in Brno.
View all posts by BD Staff →
« City of Brno Releases New Start-Up Flats For Young Couples and Families
Czech Health Minister Calls For Accommodation To Be Found Outside Prague For Ukrainian Roma »