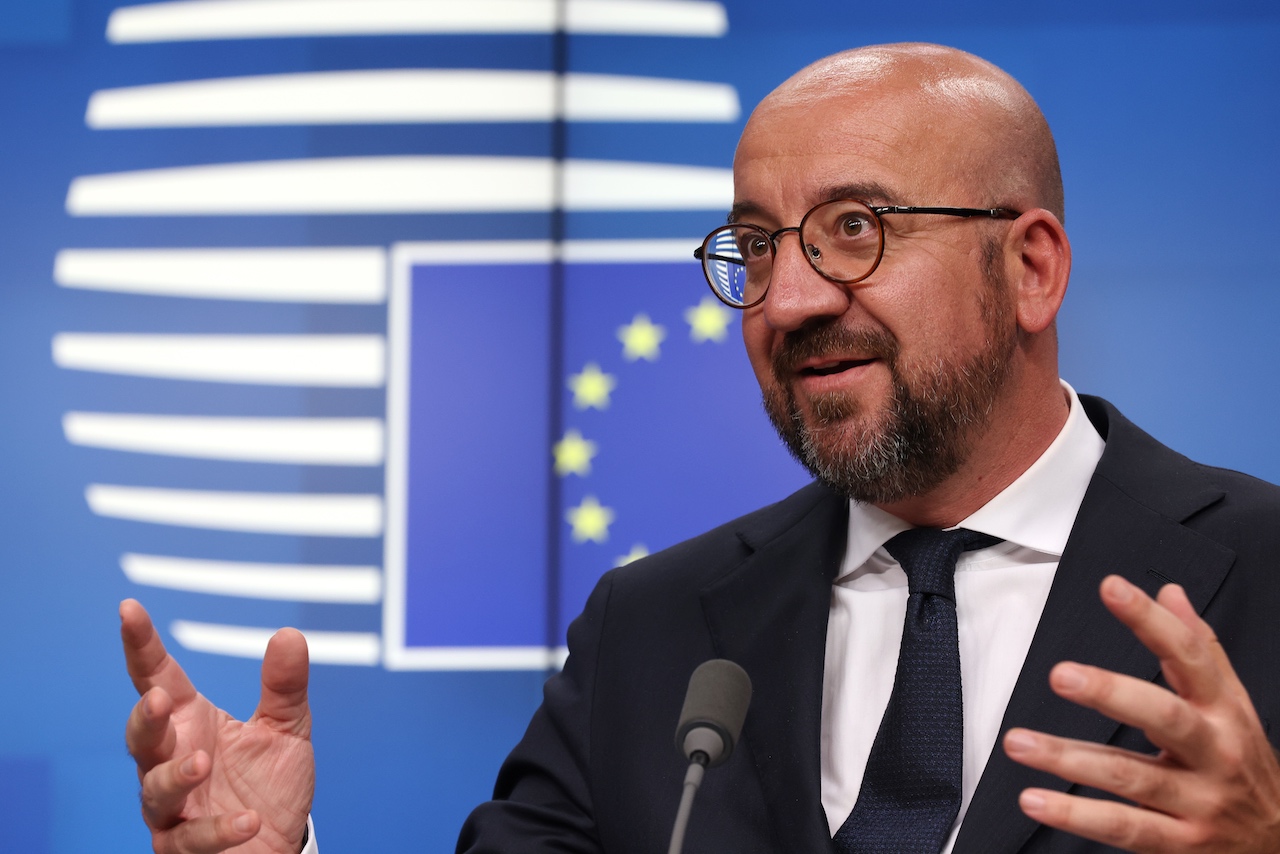 At a summit of the European Council last night, EU leaders agreed on an embargo that will immediately affect more than two-thirds of Russian oil imports. It was announced on Twitter shortly before midnight by European Council President Charles Michel. The aim, he said, is to increase pressure on Russia as much as possible to end its war in Ukraine. Photo credit: European Council

Czech Republic, 31 May (BD) – According to European Commission President Ursula von der Leyen, the political agreement gives a clear framework for an oil import ban and meets the demands of Hungary, which had so far refused to support it. The leaders also agreed to provide EUR 9 billion (CZK 221 billion) in immediate aid to Kiev. Exemptions to the ban remain in place for the southern branch of the Druzhba pipeline, which delivers oil to Hungary, Slovakia, and the Czech Republic. Germany and Poland agreed to stop all oil imports from the end of the year, at which point the embargo will cover over 90% of the current levels.

“We have a political agreement in principle on how to get rid of Russian oil within a clear timeframe,” von der Leyen told a news conference after the meeting. Michel said the decision cuts off a significant source of funding for the Russian war machine. The embargo on oil and oil products is due to take effect from early next year.

“We agreed at the European Council that we as the EU want to cut ourselves off from Russian oil,” Czech Prime Minister Petr Fiala also tweeted after the meeting.

The leaders agreed that the EU-27 would ban the import of Russian oil by tankers, while the Druzhba pipeline would get a time-limited exemption. Shipping accounts for roughly two-thirds of the volume coming from Russia, but von der Leyen said the EU is also counting on individual commitments by Poland and Germany to stop taking oil flowing to them via the northern branch of the Druzhba by the end of the year. The southern branch, which is due to remain in operation after the embargo begins thanks to an exemption, carries around a tenth of Russia’s total oil exports to the EU, flowing through Hungary, Slovakia and the Czech Republic.

Michel said Hungary had received assurances at the summit that it would be able to import Russian oil by other means or be supplied by other EU countries in the event of a pipeline failure or shutdown. The Czech Republic and Slovakia, for their part, are counting on being able to secure a promised exemption from the ban on exports of oil products flowing into the EU via pipelines in the final sanctions, diplomats said.

The sanctions package, which has now been approved by heads of state and government, also includes the removal of Russia’s major bank Sberbank from the international SWIFT payment system. Other aspects include a ban on three Russian state-owned broadcasters and sanctions targeting specific individuals responsible for war crimes in Ukraine.

The European Commission proposed a sixth set of sanctions in early May, but was unable to agree on the terms for nearly a month, mainly due to resistance from Hungary to the oil embargo.

In addition to the sanctions, the leaders also agreed today on a further EUR 9 billion in financial aid to Ukraine, which Michel said the EU would deliver in the near future. Kiev says it does not have the EUR 5 billion required for the basic operation of the state because of the Russian invasion. The EU will provide most of the required amount for the next three months, with the United States expected to supply another part of it.