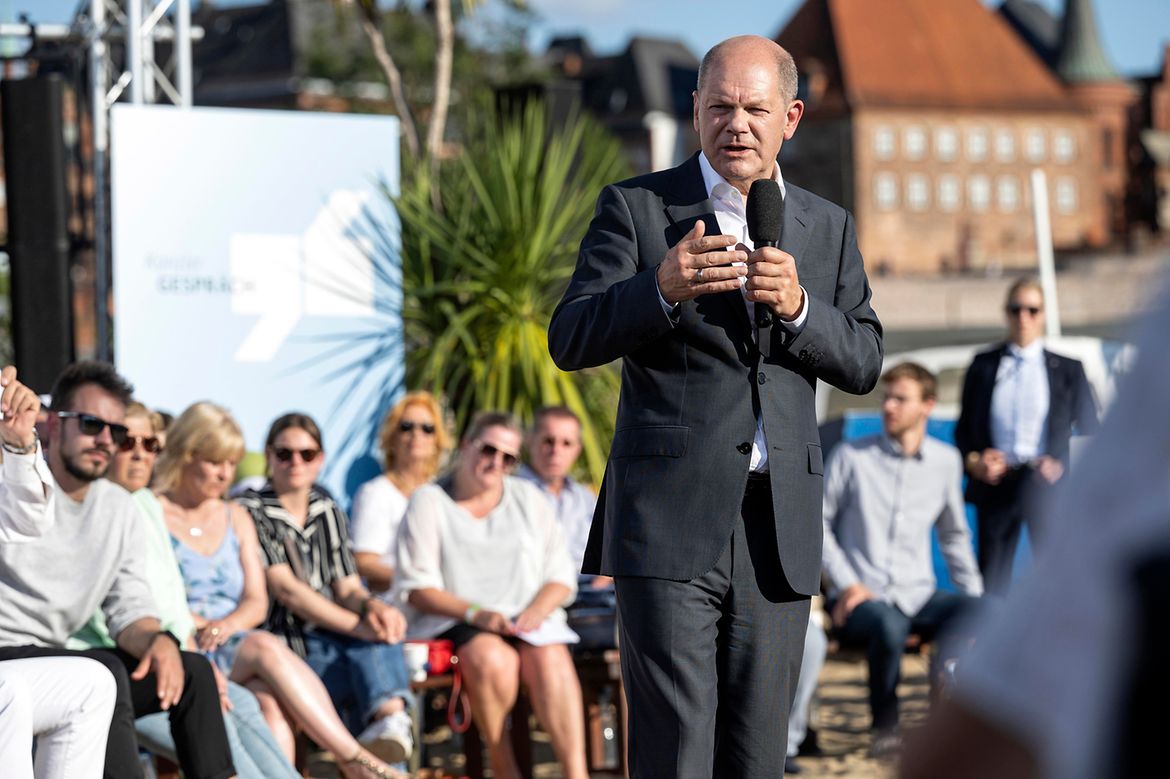 “We have agreed on the need to find a Europe-wide solution to lower the price of energy, which has reached an unacceptable height that does certainly not correspond with the cost of its generation,” said Fiala (ODS).

“The current prices for electrical energy are unjustifiable,” added Scholz. “Hence the need to make structural changes that will contribute to prices falling rapidly again, and there should be a sufficient supply of energy.”

The energy market is no longer functioning, Sikela said. Europe must therefore separate gas prices from electricity prices. He added that the meeting of energy ministers will discuss a proposal to set a cap on the price of gas used for power generation.

Fiala repeated that the Czech Republic wanted to take part in the development of the European energy infrastructure, and in gaining capacity for liquefied natural gas (LNG) that Germany will build.

“We are able to get the LNG from Germany to the Czech Republic quite simply through existing gas pipelines,” Fiala said.

For geographic and strategic reasons, the Czech Republic has a vital interest in taking part in the capacity of the Lubmin-Greifswald terminal. Scholz said the first new terminals would open in January.

Fiala said there were continuing talks on the Czech-German solidarity agreement on gas deliveries.

The Czech Republic would also welcome an extension of the operation of German nuclear plants, he added.

In Germany, there is a discussion about extending the lifespan of its last three nuclear plans in order to save gas.

Scholz has not ruled out the option, but Economy Minister Robert Habeck has dismissed it.

In other developments, Scholz said that he was open to the EU switching to so-called “qualified majority” voting in instances where quick decisions needed to be made, rather than the insistence on EU unanimity, adding that the Russian invasion of Ukraine has changed the EU political situation. Unanimity would still be possible where quick decisions are not needed, he added.

He said he understood smaller countries’ apprehensions and called for efforts to find a compromise.

Germany also supports the future enlargement of the EU to Ukraine, Moldova and Georgia, among others, Scholz said in a lecture at Charles University’s historical seat Karolinum during his visit to Prague, his first in his capacity as chancellor.

Like the candidate countries, the EU will also have to undergo reforms, he said.

With 30 or 36 members, the EU would look different, with differences between the member states growing as its centre moves eastwards, he said.

“In this expanded Union, the differences between the member states will grow as far as political interests, economic clout and social security systems are concerned,” he said.

“Where unanimity is required today, the risk of an individual country using its veto and preventing all the others from forging ahead increases with each additional member state,” he said, cited by the Reuters press agency.

“I have therefore proposed a gradual transition to majority voting in common foreign policy, but also in other areas, such as tax policy – ​​knowing full well that this would also have repercussions for Germany,” he said.

Majority voting could start in areas “in which it is particularly important that we speak with one voice” such as sanctions policy or on issues relating to human rights, he said.

Scholz said he was convinced that the EU 27, too, must prepare for the enlargement and afterwards, a new balance of seats would have to be set in the EP. In the EC, each country should keep its own commissioner. However, the number of sectors need not increase, and the leadership of some sectors might therefore be shared by commissioners from two countries, Scholz said.

In his lecture, Scholz also backed French President Emmanuel Macron’s proposal to create a new European forum to enable closer cooperation between the EU and partners outside the EU, wrote the DPA press agency.

At present, there is no forum for presidents and government heads to meet regularly to discuss key issues with partner states, Scholz said, mentioning security, energy and climate protection as such issues.

Scholz said defence policy needed stronger coordination. He proposed that a new air defence system be established in Europe. It would be a security contribution to the whole of Europe and would be cheaper and more effective than each country building its own cost-intensive and very complex air defence.

He called on member states to take a joint approach in production and purchases. Just as EU ministers of agriculture, foreign affairs and interior already hold meetings in Brussels, Scholz said that Europe also needs a council of defence ministers.

The inter-governmental organisation for cooperation in armaments (OCCAR) might become the beginning of a joint European defence and armaments policy, Scholz said, drawing a parallel between the idea and the beginning of the Schengen area, which originally comprised only seven states.

As for Ukraine, Scholz called on the 27 member states to unite, solve old conflicts and find new solutions. Coordination and planning are also needed in supplying aid to Ukraine.

Countries should not supply only the equipment they can do without. Partner states should share their aid to Ukraine, he said, adding that he can imagine Germany assuming “special responsibility” for the building of the Ukrainian artillery and air defence capacities.

Germany will support Kyiv as long as necessary, and another shipment of German weapons will be supplied to Ukraine in the coming weeks, he said.

In his Prague lecture, Scholz also spoke about the economic sovereignty of Europe, which should reduce its dependence on single suppliers of raw materials. It is not only the Russian attack that has forced the EU to do this, he said.

However, he stressed that economic independence does not mean self-sufficiency, as Europe profits from its openness.

According to Scholz, Europe needs the “made in Europe 2030” strategy, and should focus on new technologies for mobility, digitization and climate neutrality. Europe needs an upgrading of its internal market rules, sharing of data and the construction of electrical networks and energy preservation systems, Scholz said.