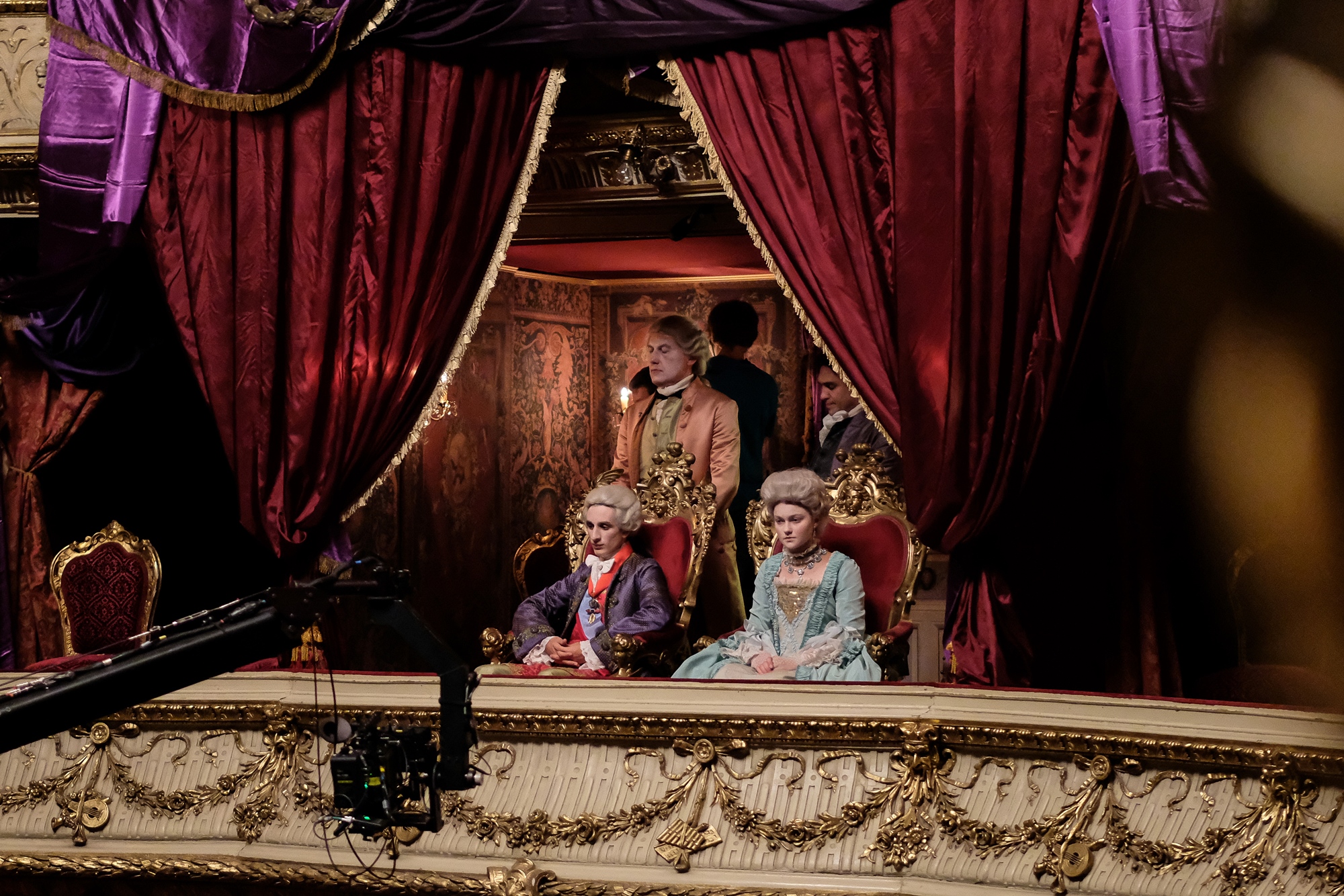 The Mahen Theatre in Brno was used as a location for the historical drama ‘The Bohemian’. Photo Credit: Mimesis Film / Richard Hodonický

Brno, 30 Aug (BD) – Two films produced by the Brno Film Office, which operates within the framework of TIC BRNO, have been selected for prestigious foreign film festivals. The co-production film ‘The Sacrifice’ by director Michal Blaško will go to Venice and Toronto in September, while the long-awaited historical film ‘The Bohemian’ will participate in the IFF in San Sebastian. Both films were shot in South Moravia with financial support from the South Moravian Film Fund.

The dramatic story ‘The Sacrifice’, about a Ukrainian single mother living in a small Czech town, was filmed at various locations in South Moravia, for example in Znojmo or at the Hata border crossing. The film will have its world premiere at the 79th Venice IFF in the prestigious “Orizzonti” category, which focuses on promising new directors and trends in world cinema. At the Toronto IFF, the film will be presented in the Contemporary World Cinema category, which is dedicated to the most important works of world cinema, thus paving the way for the important North American market.

“In recent years, Znojmo has managed to attract interesting film projects. In addition to the film ‘The Sacrifice’, the microregion has provided locations for the comedy ‘The Last Aristocrat’ (“Poslední aristokratka”) and the fairy tale ‘The Watchmaker’s Apprentice’ (“Hodinářův učeň”). This is the result of a wide range of locations and substantial financial support for the South Moravian film industry in the form of the South Moravian Film Fund,” said Jan Grolich, Governor of the South Moravian Region.

The Brno Film Office also collaborated on the historical drama ‘The Bohemian’, directed by Petr Vaclav. “It is a great achievement to bring a Czech production to such a prestigious film festival as the San Sebastian IFF. After 17 years, this is the first Czech film to be included in the festival’s main competition. And we will also see a piece of Brno, namely the interior of the Mahen Theatre,” said Markéta Vaňková, Mayor of Brno. The story of the forgotten opera maestro Josef Myslivečko, played by Vojtěch Dyk in the film, takes place in 18th century Italy. In addition to Brno, filming took place in Bučovice Castle.

“Filming was extremely difficult, not only because of the large number of extras for which the theatre does not have adequate facilities, but also because of the protective measures in place. The theatre premises had to be disinfected and everyone present had to be tested for Covid-19 according to the regulations in force at the time. Despite the organisational challenges, we are very happy that the Mahen Theatre is one of the filmmakers’ favourite locations,” says Lenka Tesáčková, Director of Operations at the Brno National Theatre.

The Czech premieres of the films are planned in the coming months, in October and November 2022 respectively.

https://www.brnodaily.com/2022/08/30/culture/two-films-shot-in-south-moravia-enter-prestigious-world-film-festivals/https://www.brnodaily.com/wp-content/uploads/2022/08/theatre-brno-credit-mimesis-.film_.richard.hodonicky-1024x683.jpghttps://www.brnodaily.com/wp-content/uploads/2022/08/theatre-brno-credit-mimesis-.film_.richard.hodonicky-150x100.jpg2022-08-30T08:29:38+02:00Ilaria BriziArt & CultureBrnoBrno,Czech Republic,Film Festivals,Movies,South MoraviaThe Mahen Theatre in Brno was used as a location for the historical drama 'The Bohemian'. Photo Credit: Mimesis Film / Richard Hodonický  Brno, 30 Aug (BD) - Two films produced by the Brno Film Office, which operates within the framework of TIC BRNO, have been selected for prestigious foreign...Ilaria Brizi ilabrizi12@gmail.comAuthorItalian girl with a master’s degree in marketing and advertising. I love travelling, reading, writing, listening to music, but most of all I love having breakfast. Against cheese on tuna pasta.Brno Daily

Italian girl with a master’s degree in marketing and advertising. I love travelling, reading, writing, listening to music, but most of all I love having breakfast. Against cheese on tuna pasta.
View all posts by Ilaria Brizi →
« EU’s Sanctions On Russia Hit Three Individuals and 18 Firms in the Czech Republic
Brno Streetparty 2022 Will Bring Almost 80 Different Vehicles To Lidická »