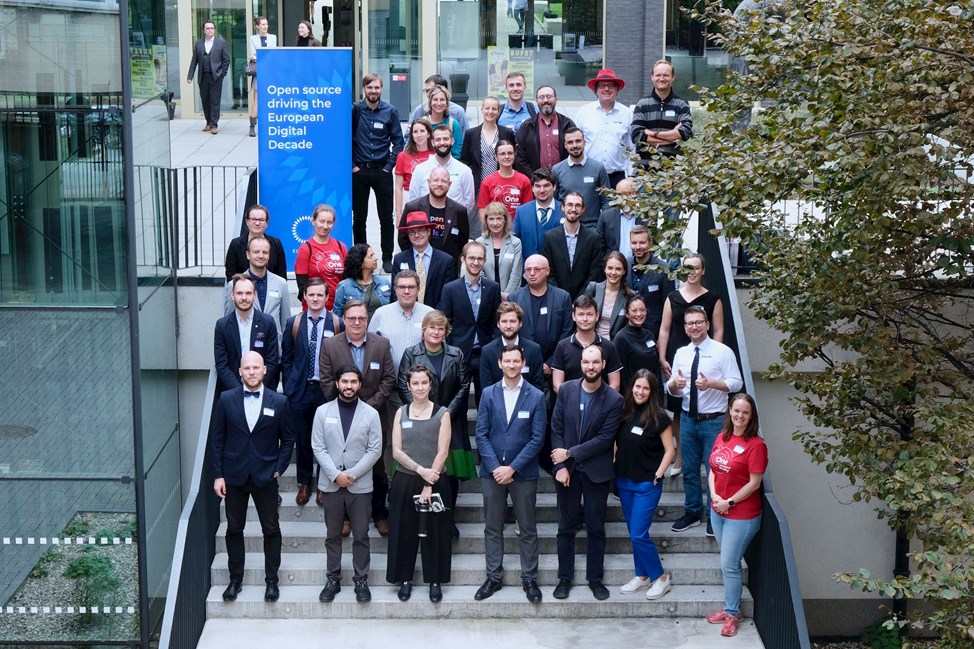 Brno, Sept. 22 (BD) – The Faculty of Informatics at Masaryk University hosted an international conference on Open Source as part of the Czech Presidency of the Council of the European Union, aiming to boost the reputation of the South Moravian capital as a Central European innovation hub for advances in open source technology.

The international conference, entitled “Open Source: Driving the European Digital Decade”, welcomed expert speakers from the United States, Sweden, France, and Slovakia, to discuss the role of open source technologies in the public and academic sectors, as well as representatives of the European Commission and local experts, within the framework of the current Czech Presidency of the Council of the EU. The aim was to share good practice of using open source between European institutions, and redeploy it for the development of public administration in Member States.

The conference was attended by representatives of the Czech government, namely the Minister for Regional Development and Deputy Prime Minister for Digitisation, Ivan Bartos, and his Chief Advisor for Digitisation, Ondrej Profant, as well as Veronica Gaffey, Director General of the European Commission’s Directorate-General for Informatics (DIGIT), who unveiled the new pan-European Open Source portal, ‘CODE‘, for the first time, as part of a European Commission event.

“I am very pleased that Masaryk University hosted such an important event and helped put Brno on the map of Europe as a Central European leader in open technologies. The promotion of open technologies is fully in line with the strategic direction of the university and represents a further step in the development of Open Science at our institution,” said Radim Polčák, Vice-Rector for Development, Legislation and Information Technology at Masaryk University.

Barbora Bühnová, vice-dean for industrial partnerships at the Faculty of Informatics, added: “Brno is a very strong player in the field of European Open Source, as evidenced by the presence of important foreign companies in this field such as Red Hat, with whom the faculty has a long-term partnership. I am very pleased to be able to host this conference here and to be able to participate in the development of the national Open Source centre together with colleagues from the Institute of Open Science, who are working on the topic of Open Science at MU.” The conference was also attended by a representative of Red Hat Czech, Luděk Šmíd (Director, Product Engineering), who emphasised the key role of Brno universities in developing IT talent in this area.

The purpose of the conference was to discuss the role of openness and open source in current European and national digital policy. An important part of the conference was the expert discussion, which served as a launch for preparations for the National Open Source Programme Office (OSPO), a consortium of key stakeholders who will help to further develop the potential of Open Source applications in the Czech public administration and academic sectors.

The conference participants reached agreement on the Brno Open Source Declaration. “As a representative of an expert organisation that helps local and regional governments in the field of digitisation, I am very happy to have been able to contribute to the start of the Czech discussion on the development of open technologies, and we look forward to further developing the idea of the Czech National OSPO Centre,” added Lucie Smolka, President of the Open Cities Association, which participated in the conference as the main local partner.

https://www.brnodaily.com/2022/09/22/events-in-brno/muni-faculty-of-informatics-hosts-international-conference-on-open-source-technologies/https://www.brnodaily.com/wp-content/uploads/2022/09/open-source-conference-credit-MUNI.jpeghttps://www.brnodaily.com/wp-content/uploads/2022/09/open-source-conference-credit-MUNI-150x100.jpeg2022-09-22T11:30:00+02:00Ilaria BriziBrnoEvents in BrnoBrno,EU,MUNI,Open Source TechnologiesThe participants of the “Open Source: Driving the European Digital Decade” conference. Photo Credit: MUNI Brno, Sept. 22 (BD) - The Faculty of Informatics at Masaryk University hosted an international conference on Open Source as part of the Czech Presidency of the Council of the European Union, aiming to boost...Ilaria Brizi ilabrizi12@gmail.comAuthorItalian girl with a master’s degree in marketing and advertising. I love travelling, reading, writing, listening to music, but most of all I love having breakfast. Against cheese on tuna pasta.Brno Daily

Italian girl with a master’s degree in marketing and advertising. I love travelling, reading, writing, listening to music, but most of all I love having breakfast. Against cheese on tuna pasta.
View all posts by Ilaria Brizi →
« Brno’s Terralóna and Lunalón Balloons Exhibited at Royal Belgian Observatory in Brussels
Hundreds of Russians Protest In Centre of Prague Against Putin’s Escalation of War   »