Quo Vadis: All Paths Lead to Brno for Janáček 2022 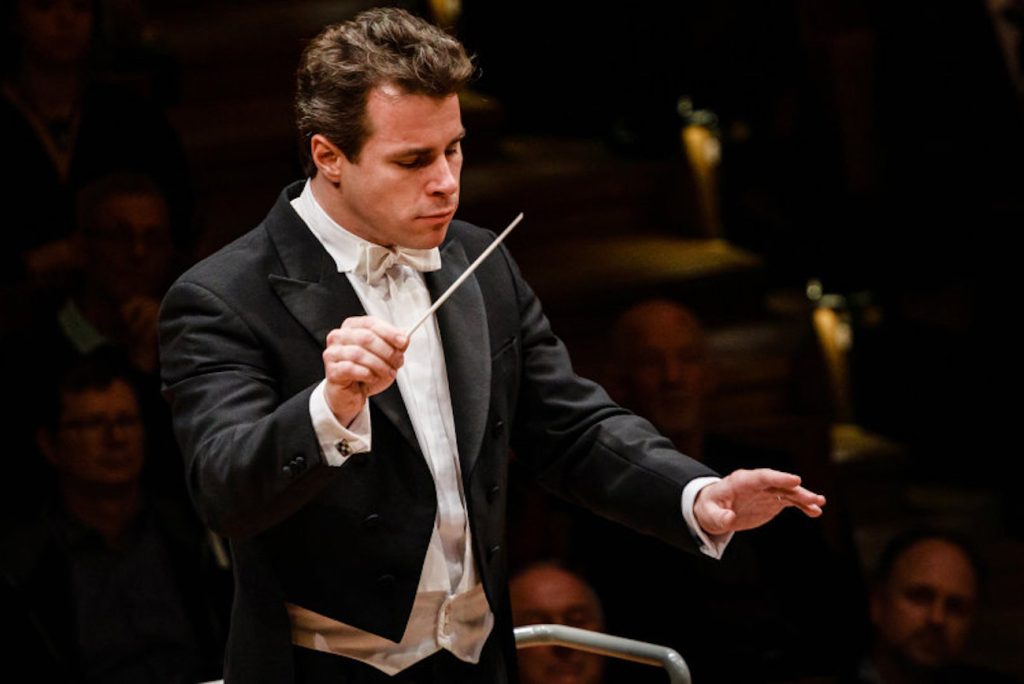 Jakub Hrůša, conductor of Janáček’s “From the House of the Dead”. Credit: NdB.

Brno, Nov. 1, 2022 (BD) – The theme for the Janáček Brno Festival 2022 is “Quo Vadis” (“Where are you going?”), which connects the many different performances this month honouring the hometown conductor who has helped put Brno on the international cultural map: Leoš Janáček.

A slightly different question may apply to many expats and residents: If you haven’t experienced the music of Janáček, do you know where you are living?

The Janáček Brno Festival 2022 begins on Wednesday, 2 November, with the premiere of the combination of two important works by Janáček, “the Glagolitic Mass” / “From the House of the Dead”. Then, for three weeks until 20 November, the festival will showcase Janáček and his influence.

The Janáček Opera of the Brno National Theater (NdB) will open the festival with the opera “From the House of the Dead” and a scenic rendition of “the Glagolitic Mass”. It will bring together the two masterpieces in one evening for the first time.

The performance is staged by one of the best Czech conductors, Jakub Hrůša, and directed by Jiří Heřman, the artistic director of the NdB Opera.

“Just like Dostoevsky, Janáček draws us into the psyche of people who have committed a serious crime and people who are imprisoned for political reasons or by mistake and who have to deal with prison life,” Heřman said. “The opera is dominated by the monologues of prisoners who have committed a crime because of a woman. Here, Janáček uncovers the layers of a man’s heart, which cannot exist without a woman. The world is a ‘dead house’ for him and it does not have to be only a lover, but it can also be a mother. For me, the Glagolitic Mass connects and purifies these two worlds again.”

The premiere will be on Wednesday at Janáček Theatre. Additional performances will be on Thursday, 3 November, and then Sunday, 6 November (live streamed by OperaVision).

To see a video preview (in Czech), click here.

Importantly, the performance on Sunday will be streamed live on OperaVision. It will be the fourth contribution of a Janáček opera by NdB to the international opera platform.

The next three weeks will have many other performances in many venues around town. See the website for the full schedule and to purchase tickets. https://janacek-brno.cz/en/

The dramatic ballet, Lady of the Camellias, will shine one last time, concluding its run in Brno on 22 November at the Janáček Theatre.

The romantic tale, written by Alexander Dumas, revolves around a love triangle between a concubine, a young member of the bourgeoisie, and a Count.

With a modern and luxurious set and extravagant costume designs, this ballet is a modern adaptation of the classic story.

NdB Ballet invites you to say goodbye to the ever-charming Marguerite and her self-sacrificing love, the beautiful score by Franz Schubert (adapted by Andrei Pushkarev), and the immersive, passionate choreography of Croatian choreographer, Valentina Turcu.

Later in the month, on 23 November, the Ondráš Military Art ensemble will perform at Janáček Theatre. The group will present a trip across Central Europe — from the banks of Southern Bohemian ponds, through the beauty of Moravia, and to the liveliness of Slovakia — and showcase the music, song, and dance of the diverse regions.

Ondráš is a Brno-based professional art ensemble established by the Czech Ministry of Defence.

Looking forward, it is never too early to plan your family’s holiday outing to the Nutcracker. The first of many performances will be on 30 November. Since this is the 100th year of the famous ballet’s run in Brno, there will be a centennial celebration on 8 December.

Lessons for Life and Language

Many people who read Brno Daily are bilingual in Czech and English.

And, if you are in the process of learning Czech, taking in a Czech-language play may be a good learning strategy. Two plays recentlly premiered in Brno, “The Golden Dragon” and “The Lower Depths”, which are both in Czech, but are accessible for those who don’t know Czech perfectly.

The Golden Dragon is a contemporary play by German playwright Roland Schimmelpfennig. It is fast-paced, as one would expect the kitchen of an Asian restaurant in any-city-Europe to be. It is the story of five chefs, who live as fast as they cook. (The actors live fast, too, with each taking multiple roles in addition to their kitchen duties.) It is an interesting look at many themes, including immigration, multiculturalism, searching for the importance of one’s provenance, and the pain (literal and figurative) of being outside of regular society and not having access to proper dental care (i.e., medical insurance).

Martin Glaser, the director of NdB, directed the play.

The Lower Depths, a play by Maxim Gorkij, plays an important role in theatrical history. Plays had generally been about the upper crust and their problems; the Lower Depths was about the lower classes, the destitute, the drunk, and the criminal elements.

This version has a large cast that each focus on specific roles, which all bring the real world to life.

Most elements are understandable. Find the play on the internet, read it, and you’ll have a Czech lesson built into a night out on the town, with excellent acting and a steady story that builds upon universal themes, despite the incongruent social classes of the characters and the audience. One seeming drawback: there may be a bit too much drunken wobbling (although, upon leaving the theatre, a walk to the main train station tram stop confirms the continued veracity of the play).

There are many other top plays to consider, even if your Czech is not perfect.

https://www.brnodaily.com/2022/11/01/culture/quo-vadis-all-paths-lead-to-brno-for-janacek-2022/https://www.brnodaily.com/wp-content/uploads/2022/11/from-the-house-of-the-dead-credit-NdB.jpeghttps://www.brnodaily.com/wp-content/uploads/2022/11/from-the-house-of-the-dead-credit-NdB-150x100.jpeg2022-11-01T14:14:49+01:00Bruno ZalubilArt & CultureBrno,Culture,Festival,Janacek,NdBJakub Hrůša, conductor of Janáček's 'From the House of the Dead'. Credit: NdB. Brno, Nov. 1, 2022 (BD) – The theme for the Janáček Brno Festival 2022 is 'Quo Vadis' (“Where are you going?”), which connects the many different performances this month honouring the hometown conductor who has helped put...Bruno ZalubilBruno Zalubilbzalubil@hotmail.comAuthorA connoisseur of the unpredictable and unscripted drama of sports.Brno Daily

A connoisseur of the unpredictable and unscripted drama of sports.
View all posts by Bruno Zalubil →
« DOTBrno Brings The World of Blockchain To Brno
Brno Convention Bureau Hosts Autumn Meeting of Tourism Entrepreneurs »