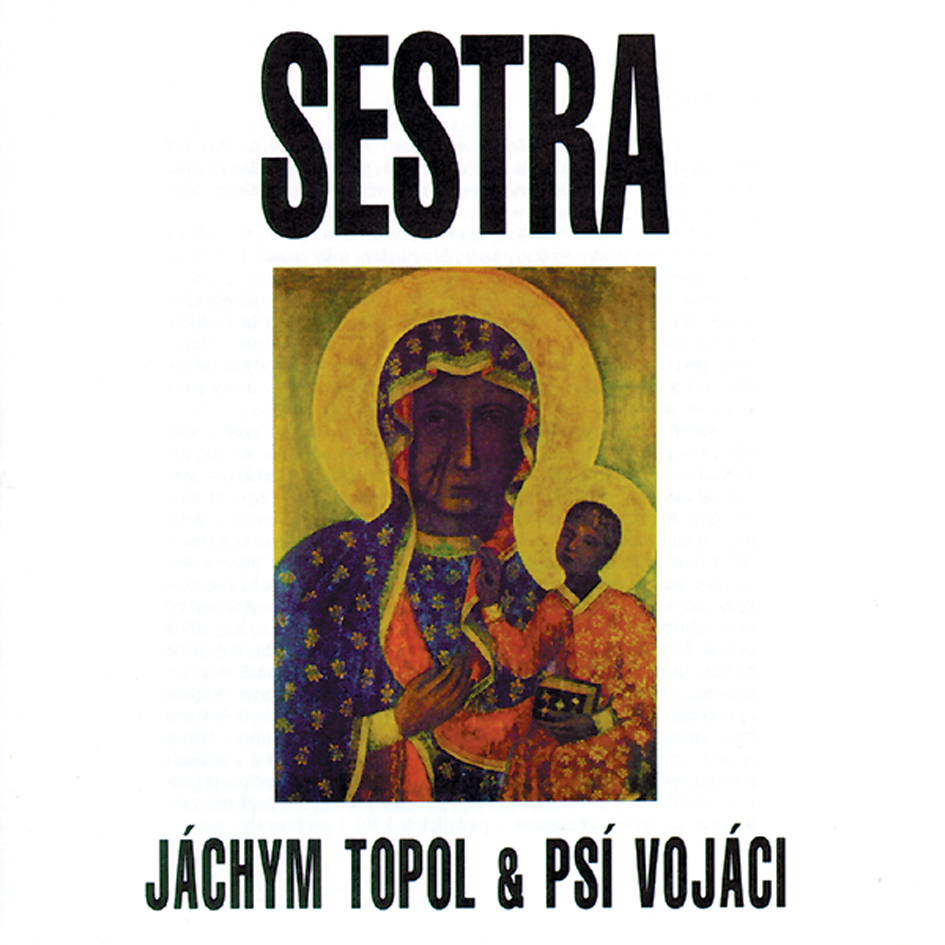 Continuing our retrospective series on key releases from the iconic Brno record label Indies Scope, Brno Daily is today going back to 1994…

If one political event is remembered from 1994, it should be the election of long-imprisoned Nelson Mandela to the South African presidency following decades of apartheid.

In cinema, one movie will get major attention: Pulp fiction, the second film from Quentin Tarantino, which wins numerous awards at festivals, public acclaim, and includes a soundtrack which will quickly become legendary.

The Prague band, whose main figure is singer, pianist, composer and lyricist Filip Topol, first performed publicly in 1979 at the legendary Prague Jazz Days (when most of the musicians were 13 years old). They immediately became the subject of State Security interest, banned from performing and able to participate only in private underground events. Within a few years, the Dog Soldiers went through changes in style and line-up. Initially, the band collaborated with Filip’s brother, the writer Jáchym (“Baroque in Bohemia”), and the album “Sestra”, named after Jáchym’s mythical novel, is a reminder of this. The introductory recitation of an excerpt from the book turns into a baroque underground, where you won’t hear Filip Topol’s traditional piano, but the electronic Casio. Jiří Jelínek’s urgently sad saxophone intertwines with the restless pace of David Skála’s drums.

Milan Páleš remembers… “So, this was the first professional band to release their album on Indies Records. The band had internal disputes in 1993 and did not perform, but Jáchym Topol wrote and published the successful novel “Sister” and Filip Topol went with his brother to autograph signings and provided musical accompaniment to Jáchym’s readings of the book, which eventually became songs for the album. Filip invited his bandmates back to record the album and the band started performing again.”

The tracks on the album vary a lot in length, from short songs of 2-3 minutes, medium length tracks of 5 minutes, and then tracks like the intro lasting up to 10 minutes.

It is probably mainly due to the genesis of the lyrics, based on written texts rather than written as typical song lyrics, and taking the form of strong speech accompanied by melodies of shadow and soft chaos.

The music definitely has something baroque to it, mixing strong organ parts, sometimes used as a rhythmic structure and sometimes as a dissociated melody.

The atmosphere of the album is darkly serious, as if coming from a ruined church, a spirituality revealed by the confrontation of instruments. The essence of this LP is highly literary.

It could be an ideal midpoint between the 90s releases by The Residents and the underground Italian medieval band Ataraxia, a jazz approach to late medieval-influenced Baroque music, wrapped up in an underground cloak.

I really like the whole LP, with special mention to “Ohnivá voda”, the dancing second track to enter fully in the album, and the last song “Já, to mně a B. a obrana” where the guitar part adds a rock feeling to the classic structure of their songs.

This band released several albums, all with a strongly distinct identity. Here we speak of musical substance with no pretension, just big ideas conveyed via music…

You can listen to the album here, or find out more information at the Indies Scope website.

Music listened during the writing of the article: The Residents

https://www.brnodaily.com/2020/06/04/culture/indies-scope-sisters-brothers-and-dog-soldiers/https://www.brnodaily.com/wp-content/uploads/2020/05/Credit-Indies-label-4.jpghttps://www.brnodaily.com/wp-content/uploads/2020/05/Credit-Indies-label-4-150x150.jpg2020-06-04T13:35:01+02:00Anthony B.Art & CultureIndiesBrno,MusicFor the 30th birthday of record label Indies Scope, Brno Daily looks back at the history of this icon of the Brno music scene, revisiting a selection of the most significant releases from the label’s back catalogue. We are presenting one album every week, with commentary from co-founder Milan...Anthony B. biasiolianthonypro@gmail.comAuthorMusic is a universal language, the one I prefer to use, from first notes of rehearsal to stages, between studios and official releases, I like to comment, spread and analyze, since two decades, new trends and old school movements, hoping a giant sound system will finally save the world...Brno Daily

Music is a universal language, the one I prefer to use, from first notes of rehearsal to stages, between studios and official releases, I like to comment, spread and analyze, since two decades, new trends and old school movements, hoping a giant sound system will finally save the world...
View all posts by Anthony B. →
« In Photos: Lapidarium Opens At Brno’s Spilberk Castle
Former Brno Mayor Petr Vokral Resigns Unexpectedly From ANO »