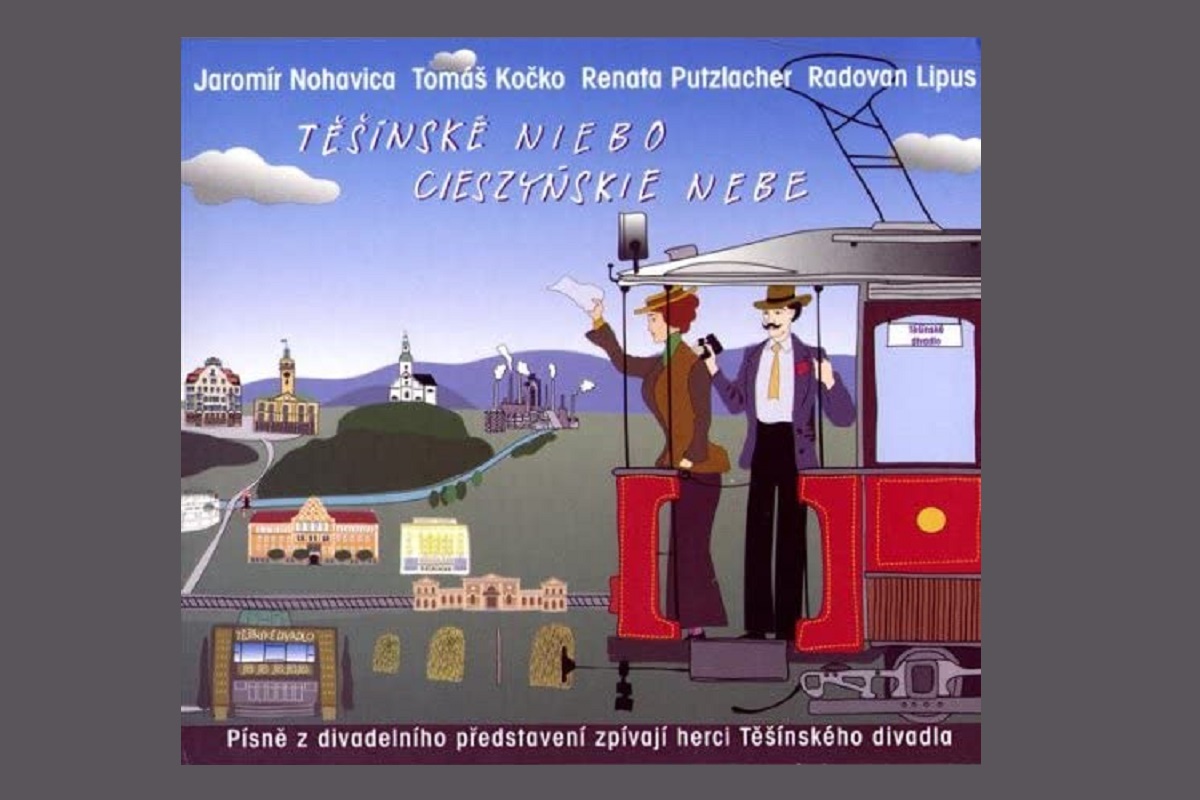 Continuing our retrospective series on key releases from the iconic Brno record label Indies Scope, Brno Daily is today going back to 2004…

Among the albums of the year were the hit-makers Franz Ferdinand, and the Arcade Fire with the ethereal “Funeral”. The Streets confirmed his presence with a second LP, and Dizzy Rascal was calming down but getting more popular.

Lots of important newcomers made their debuts, with The Go Team, Kanye West, and Joanna Newsom all making their initial appearances and Kasabian arriving on the scene. On top of that, three singles from a certain Amy Winehouse were released after her first LP at the end of 2003…

Bubbling under was South London’s MIA, and among all the newcomers: The Libertines, still hanging around in Kentish town, and heading for stardom with the release of their second LP.

I think this was the last year of London looming so large on the worldwide stage, but of course I might be wrong..

Songwriter Jaromír Nohavica, poet Renata Putzlacher, musician Tomáš Kočko, director Radovan Lipus – four artists who have a close relationship with Silesian Těšín – decided to stage a musical performance with actors from the Czech and Polish sides of the Těšín Theater, based on songs by Jaromír Nohavica. The only theater in the Czech Republic that could put on this project was the Těšín Theater, where two companies have been working together under one roof for over fifty years: the Czech and the Polish. Thence came the original idea, which was developed to create a bilingual project for both groups: the Czech-Polish theater project “Těšínské niebo – Cieszyńskie nebe”, which examined past events with nostalgia and humor to remember the historical and mythical characters associated with Těšín. The songs of Jaromír Nohavica became the basis of this sentimental tram rally. Both Czech and Polish premieres of “Tešínské niebo” took place on May 15, 2004 in Český Těšín (www.tdivadlo.cz). The album was released in an exclusive digipack with an extensive booklet, and contains well-known songs by Jaromír Nohavica (some premiered in Polish or Czech-Polish versions), adapted, arranged and recorded by Tomáš Kočko & Orchestra for theatrical performances. The songs were sung by the actors of the Těšín Theater. Only the introductory song “Heaven is Here” was sung by Nohavica himself. The album is a studio recording, not a live recording.

When we went to see the show, we were skeptical, but we enjoyed the production from the beginning. Well done theater, understandable to everyone, even though the words are spoken in four languages: Czech, Polish, German and Yiddish. And the recording, thanks to the songs, will stand up even without a theatrical performance.

There are 20 tracks with an average length of three minutes included on this LP.

The initial idea of mixing the theatrical experience with histories from the region is original and interesting to follow.

A step-by-step, not to say song-by-song exploration of a region with a diverse culture and melodic atmosphere.

The songs have a collective energy, with more voices, sometimes dialogue, sometimes united, female or male, all mixed with instruments like a wild dance in the hills of the region.

There are four languages, as mentioned, so important to link history and music, theatre and tales.

The Czech and The Polish, being a region at the border of those two nations. The German, reminding us of the Prussian past, and the Yiddish, with 400 years of presence on that land.

Being multi-artistic (theatre, singing, poetry and music) the album also multiplies its chances to reach different audiences and entertain with knowledge, simply sharing the flow of history.

This album is really an indirect dedication to all the music made in the area over the centuries.

A special mention goes to the songs “Danse macabre” and “Velká voda / Wielka woda”, giving the LP a light sadness, pleasant to listen for the first one and a real harmonic chorus full of freedom for the second one.

This album sounds like a lesson, teaching us that you can sing and dance while learning about history, or you can do both without learning anything, but as long as you enjoy yourself, you are welcome in that region.

You can stream this album here, or find more information on Indies scope.

https://www.brnodaily.com/2020/09/24/culture/indies-scope-2004-lessons-in-history-geography-music-and-drama/https://www.brnodaily.com/wp-content/uploads/2020/09/tesinske-niebo-cieszynskie-nebe-credit-indies-scope-1024x683.jpghttps://www.brnodaily.com/wp-content/uploads/2020/09/tesinske-niebo-cieszynskie-nebe-credit-indies-scope-150x100.jpg2020-10-12T09:57:23+02:00Anthony B.Art & CultureIndiesBrno,History,MusicFor the 30th birthday of record label Indies Scope, Brno Daily looks back at the history of this icon of the Brno music scene, revisiting a selection of the most significant releases from the label’s back catalogue. We are presenting one album every week, with commentary from co-founder Milan...Anthony B. biasiolianthonypro@gmail.comAuthorMusic is a universal language, the one I prefer to use, from first notes of rehearsal to stages, between studios and official releases, I like to comment, spread and analyze, since two decades, new trends and old school movements, hoping a giant sound system will finally save the world...Brno Daily

Music is a universal language, the one I prefer to use, from first notes of rehearsal to stages, between studios and official releases, I like to comment, spread and analyze, since two decades, new trends and old school movements, hoping a giant sound system will finally save the world...
View all posts by Anthony B. →
« Draft Budget For 2021 Predicts Deficit of CZK 116 Billion, Expected To Increase Significantly
Sharp Rise In Coronavirus Cases Among Frontline Healthcare Workers »