Indies Scope 2014: From The Balkans With Love 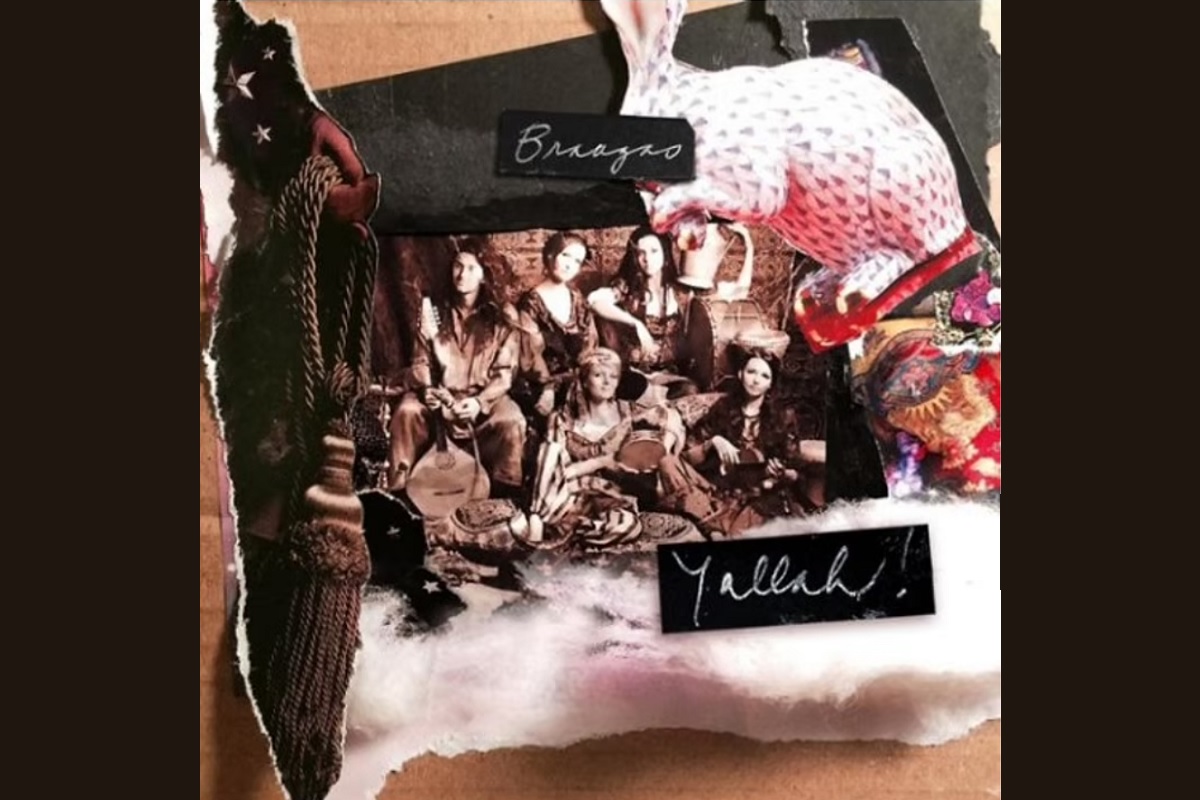 Continuing our retrospective series on key releases from the iconic Brno record label Indies Scope, Brno Daily is today going back to 2014…

By the middle of the decade a trend is confirmed. The underground and the mainstream are melting together. Anyone can skyrocket from a bedroom to a gigantic stage with the power of links, follows, likes and all the tools of music marketing…

Music producers are becoming community managers and artists are reachable faster by private message. In this new way of being a musician some artists are showing no limits even without commercial success or a high artistic profile, nor between making tracks and being sponsored by footwear brands.

In 2014, Run the Jewels came back with their second LP “Run the Jewels 2”, after just one year of silence, which was released on Mass Appeal Records and got major attention.

Damon Albarn released a solo album, “Everyday Robots”, showing his calmer side, while Tricky’s “Adrian Thaws” presented a darker version of himself.

FKA Twigs is pre-cutting the world of chill RNB with “Lp1”, one of the best records of the year.

But it is Taylor Swift with “1984” that landed the biggest seller of the year, or should we say the most streamed…

This album by the band BraAgas bears a title which characterizes the entire album. The exclamation Yallah! is commonly used in all Arabic-speaking countries as a booster or incentive, like “Come on!”, “Let’s move it!”. The band again claims allegiance to Sephardic songs which form the majority on the album, but not only – the listener travels through the entire Mediterranean region, from Spain through the Balkans all the way to Turkey. Yallah! was the fifth by BraAgas in their seven years of existence, and the band presented traditional European songs in their own arrangements. Formed in four fifths by ladies, the band received an Anděl Award nomination for the previous album Fuerte (2012) in the category of World Music and won the award for the album Tapas (2009). Yallah! follows these albums, this time with less electronic music, replaced by energy, outstanding instrumentation and upbeat arrangements.

Mostly girls, and past winners of Anděl awards, this band fascinated me with their modern arrangements of old Balkan folk and Sephardic songs. The band won a competition that we once organized for new bands with the Colors of Ostrava festival. Those strange harmonies and odd rhythms have their charm and are quite exotic for a Moravian, which is probably why I enjoy it a lot. Also the beautiful women on the stage and their special tools, it is also a visual experience.

12 songs with an average length of 3’30 compose this album, a subtle mix between Balkan-influenced instrumentation and vital Sephardic compositions.

Again, an Indies Scope band showing the meaning of the heart of European music, at the junction of Balkan and Sephardic Jewish presence (mainly in Spain and North Africa). Music played a role in living, building and installing the roots of communities in the soil of Europe. Even if none of the artists were doing it consciously, the result is concrete nonetheless.

This collection of songs seemed to get major success when played live, which shows a logic, because the influences of this album are live music practice, being alive, feeling alive and transmitting life.

A band with women at the heart, a very intense choir and vocals and a rhythm that makes you want to travel from Dalmatia to Montenegro via Andalusia and Morocco.

Multiple instruments dropping, such as flutes, make the whole cocktail a hymn to dancing and sun.

The song “La Comida” is a perfect representation of the LP, energy, strength of the voices and a dancy instrumental structure.

The band released numerous albums since this one, continuing their exploration of the European so-called folk music.

Folk is short for folklore, and the one thing which is most important to know is that folklore is everywhere and can be mixed together to form new shapes, drawing no borders and obeying no limits, as this album is kindly demonstrating to the listeners.

https://www.brnodaily.com/2021/03/04/culture/indies-scope-2014-from-the-balkans-with-love/https://www.brnodaily.com/wp-content/uploads/2020/12/indies-braagas-yallah-courtesy-indies-scope-1024x683.jpghttps://www.brnodaily.com/wp-content/uploads/2020/12/indies-braagas-yallah-courtesy-indies-scope-150x100.jpg2021-03-04T13:51:03+01:00Anthony B.Art & CultureIndiesBrno,History,MusicFor the 30th birthday of record label Indies Scope, Brno Daily looks back at the history of this icon of the Brno music scene, revisiting a selection of the most significant releases from the label’s back catalogue. We are presenting one album every week, with commentary from co-founder Milan...Anthony B. biasiolianthonypro@gmail.comAuthorMusic is a universal language, the one I prefer to use, from first notes of rehearsal to stages, between studios and official releases, I like to comment, spread and analyze, since two decades, new trends and old school movements, hoping a giant sound system will finally save the world...Brno Daily

Music is a universal language, the one I prefer to use, from first notes of rehearsal to stages, between studios and official releases, I like to comment, spread and analyze, since two decades, new trends and old school movements, hoping a giant sound system will finally save the world...
View all posts by Anthony B. →
« Holedná Viewing Tower Voted Lookout Tower of the Year 2020
Outpatient Doctors Called To Assist In Understaffed Hospitals »